In a report released Saturday, The Times put the heir apparent to the British throne under greater scrutiny with new revelations about how Prince Charles funded his charities.

According to the report, two years after Osama bin Laden was killed by U.S. forces, Charles met with two of the terrorist’s half brothers at Clarence House, his official royal residence, in Westminster. The meeting was to discuss the bin Laden family contributing to the prince’s charity and Charles accepted the money despite his advisers’ protests, according to The Times.

Even after receiving the money, those in Charles’ circle reportedly begged him to return the money citing the reputational damage that could be caused by associating with the family. In response, Charles voiced concern for the embarrassing message that a return of the money would send to the bin Laden family.

Nothing links either brother to the terrorist; on the morning of September 11, Shafiq bin Laden was at a D.C. conference alongside former President George H. W. Bush.

Despite the two having nothing to do with Al Qaeda, the disclosure comes a month after the same London newspaper revealed that the Prince had accepted another 1 million pound payment from the heir to the Qatari throne. That money was delivered in the form of cash and stuffed into briefcases before being delivered to the prince who reportedly had his advisers handle and transfer that money to his charities.

Prince Charles is the oldest and longest waiting heir apparent in British history. 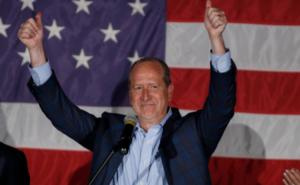