A group of Republican representatives are advocating for the formal condemnation of Critical Race Theory due to its Marxist roots.

North Carolina Congressman Dan Bishop introduced House Resolution 1303 on July 29. The policy is titled “Establishing the Marxist roots of Critical Race Theory and detail the threat this divisive ideology poses to the American republic” and calls CRT a “pressing issue for the American people.”

“Critical race theory is a newly prominent vein of thought that has arisen in the United States with the purpose of calling into question the founding and moral legitimacy of the United States, both here and throughout the world,” per the resolution.

HR 1303 states that “critical race theory teaches children that they are either oppressors or oppressed based solely on the color of their skin” and that the ideology “claims to identify a racial stratification of American society and its institutions created by access to and exclusion from ‘whiteness’ as a specialized form of racial property that confers social capital upon those with access to it.”

In his resolution, Bishop draws attention to three ways the ideology’s principles are seemingly born from Marxism, a left-wing sociological, economic and philosophical interpretation of socialism that values centralized government and is regarded as the antithesis of capitalism.

In particular, Bishop says CRT’s theory of “structural racism” and “systemic racism” as a structural determinant of Americans is “analogous to Karl Marx’s doctrines of structural classism, material determinism, and dialectical materialism.”

The North Carolina representative has an established history of advocating against the instruction of CRT. Bishop previously introduced two policies that would defund CRT. In July of 2021, he introduced amendments to a federal funding bill introduced by House Democrats that would prohibit any federal funding from being used to promote CRT, per The Daily Caller.

Critical Race Theory gained national attention in 2020 although it had existed in academia for over four decades.

“The basic tenets of critical race theory, or CRT, emerged out of a framework for legal analysis in the late 1970s and early 1980s created by legal scholars Derrick Bell, Kimberlé Crenshaw, and Richard Delgado, among others,” noted EdWeek.

“Many educators support, to one degree or another, culturally relevant teaching and other strategies to make schools feel safe and supportive for Black students and other underserved populations,” according to the education publication, which added that “students of color make up the majority of school-aged children.”

Bishop and his co-sponsors want Congress to acknowledge “that critical race theory exists in direct opposition to the founding ideals, way of life, and form of Government of the United States” and that “critical race theory poses a significant threat to the United States Republic, its citizens, and the free people of the world rising to the degree of a clear and present danger to the Republic, its citizens, and the States, its allies, and the good and happiness of mankind.” 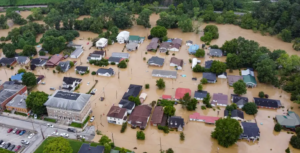