At least 35 people have died as a result of last week’s floods. Rescue operations are still underway with hundreds of people still unaccounted for.

Among the deceased were a set of four siblings – ages 8, 5, 4, and 2 years old – who were swept away by the current as they clung to a tree with their parents.

The sheriff of Breathitt County announced on Facebook that a curfew will be in effect between 10 P.M. and 6 A.M. Exceptions have been granted to first responders and people traveling to work as well as people seeking help during a medical emergency.

“I hate to have to impose a curfew, but looting will absolutely not be tolerated,” wrote Brendon D. Miller, the county attorney. “Our friends and neighbors have lost so much — we cannot stand by and allow them to lose what they have left.”

In Knott County, the city of Hindman also enacted a curfew because of rampant looting plaguing the already damaged communities.

“If you are taking advantage of people in their time of need, you are sick,” Hindman Mayor Tracy Neice said. “You will not hurt my people. You just won’t.”

The crisis prompted Governor Andy Beshear to declare a state of emergency on July 28 and canceled a scheduled trip to Israel. On Aug. 1, Beshear said water was the most needed resource.

“We have hundreds of millions of dollars of damage, hundreds of people displaced, but we are moving and moving fast,” said Beshear during his statement, per WSAW.

Currently, 14 emergency shelters are open and are housing just over 480 people.

At this time, more than 12,000 people in Kentucky are still without power. 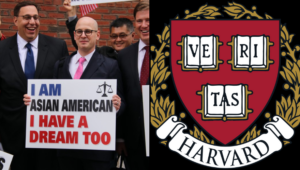