Sanna Marin was called 'irresponsible' for staying out until 4 A.M. after meeting with someone with COVID-19

Finnish Prime Miniter Sanna Marin publicly apologized for going out after she had been exposed to COVID-19.

The fully-vaccinated government official had been told on Dec. 4 that Pekka Haavisto, the Foreign Affairs Minister, has tested positive for COVID-19. Marin said she was notified and told that ministers who had received two doses of the COVID-19 vaccine were not required to quarantine.

Marin and her husband subsequently went out to dinner, met with friends and “spent time in the … nightlife,” including going to a crowded nightclub. A photo of her at the club was published by a Finnish gossip magazine, “prompting both outrage at what critics deemed irresponsible behavior and international admiration for the stamina of the world’s youngest prime minister, who stayed out until 4 a.m.,” per The Seattle Times.

In her apology on Facebook, Merin said that when her office later tried to contact her and recommend she avoid contact with other people, she did not have her parliamentary phone with her.

“I should have used better consideration on Saturday night … I’m really sorry,” she said in the post.

She then apologized again in a televised statement on Dec. 8.

“I did wrong. I should have considered the situation more carefully,” Marin said on public broadcaster Yle.

She tested negative for COVID-19 on Sunday and again on Monday.

Marin is a 36-year-old Social Democrat who became the world’s youngest leader when elected two years ago. She has been praised for her handling of the pandemic. Finland, which has a population of about 5.5 million people, had one of the world’s lowest per capita death rates with just under 1,400 coronavirus-related deaths reported since the onset of the pandemic.

The country has vaccinated 75.7% of its population, having administered over 8 million doses of the vaccine. With 5,771 doses given out on an average day, Reuters predicts Finland will surpass the 85% vaccination mark in less than 200 days.

Other Finnish officials were observed in public despite the COVID-19 exposure.

Finland is not under lockdown but the nation’s Health Institute recommends avoiding social contact while waiting for COVID-19 test results. 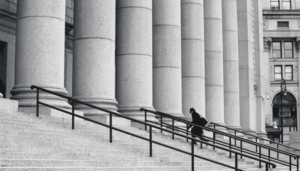