The federal sex-trafficking trial of Ghislaine Maxwell has been paused after a lawyer involved in the case became sick and required medical intervention.

U.S. District Judge Alison Nathan told the jury around 10:30 A.M. on Dec. 9 that the case would adjourn because one of the attorneys was “ill and has to get care.”

Nathan did not say if the lawyer was a part of the defense or prosecution, but she did rule out any possible connection to COVID-19.

“The startling announcement came after prosecutors and the defense met with Nathan for an extended discussion in the judge’s chambers. The meeting was requested by prosecutors,” reports The New York Post.”Prosecutors had been expected to call the last of their witnesses on Thursday before resting their case.”

A spokesperson for the U.S. Attorney’s Office in Manhattan said, “We urge you to respect the privacy of all parties to this litigation and not disclose the identity of that attorney.”

The trial is set to resume on Dec. 10. This is the second week of the trial which legal experts say has gone more quickly than expected. The government is likely to finish presenting its case this week. If the defense presentation takes one or two days, closing arguments could occur on Dec. 20, the judge said.

“Before the trial was abruptly adjourned for the day, jurors did hear a single witness who verified that overnight packages were sent by Jeffrey Epstein to women in December 2002,” per AP News, describing the testimony of FedEx paralegal Tracy Chapell.

Chapell acknowledged when pressed by the defense that Maxwell was not listed as the packages’ sender in any of the documents presented in court.

Maxwell has denied involvement and her defense team argues that she is being blamed for her ex-boyfriend’s actions. Epstein was found dead in a Manhatten jail in 2019 while awaiting charges related to the crimes.

“When the trial resumes, Annie Farmer — the fourth and only named accuser to take the stand — is expected to testify about abuse she suffered at the hands of Epstein at age 16, and Ms. Maxwell’s alleged role in involving her with the pedophile,” per BBC News.

If convicted, Maxwell could spend 70 years in prison. 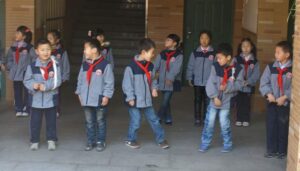