China is combating its fears over its declining birthrate by preventing men from getting vasectomies.

With over 1.4 billion people, the decline could create a crisis. As the population ages and is not replaced, the densely populated nation could run out of workers which could cause severe economic consequences.

“China has mandated birth limits since the 1980s, a policy that was enforced with threats of fines or unemployment and led to abuses including forced abortions. The country’s preference for sons also resulted in parents killing baby girls and a significant sex proportion imbalance,” per The Hill

In 2015, the government amended the policy and permitted couples to have two children.

The government then expanded the policy again in August of 2021. A married couple can now have three children. The change, however, may have come too late given the lasting impact of the one-child policy and changes in public attitude toward having children.

Because of disproportional populations, not all men in China can statistically find a female partner to have children with. Women, like the nation’s population at large, are older on average. Not only are there fewer women, but the number who are of childbearing age is reduced.

Couples are also delaying or forgoing having children in modern China.

A survey from the National Health and Family Planning Commission (NHFPC) in 2015 found financial stress was potential parents’ most pressing concern. Not only did the increasing cost of housing worry them but the expense of raising a child added to hesitation or resistance.

The government ultimately found that allowing couples to have more children did not induce them to do so. New policies are targeted to block couples from preventing or ending pregnancies.

The Washington Post found that 12 hospitals in Beijing, Shanghai, and Guangzhou no longer offer vasectomies at all. Another six will not provide the procedure to unmarried men.

The Post found that some doctors would not approve a request for the procedure unless they were provided with proof that the man had already fathered children.

“Chinese family-planning law says citizens’ reproductive rights, including choosing birth control, are protected,” reposts The Post. “There is no official ban or specific restriction on the surgery, though hospitals and doctors conducting vasectomies, along with tubal ligations and abortions for women, must be approved by county-level health departments.”

Additionally, the State Council also issues guidelines to local governments directing them to reduce the number of abortions performed for “nonmedical reasons.”

The government has also tried to incentivize having children by increasing the number of available child care facilities, extending primary and middle school hours to accommodate parents’ work schedules and reducing the cost of delivering a baby.

“In the short term, we are hoping to unleash the fertility potential and smooth out the decline in births,” said Deputy Minister of the National Health Commission Yu Xuejun in a statement announcing the changes. “In the long run, the key is whether these proactive fertility support measures can be implemented well, something that requires the joint efforts and active support of all sectors and parties in all parts of China.” 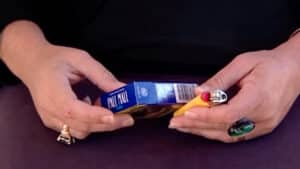 New Zealand to Phase Out Smoking, Imposes Lifetime Ban for Those 14 and Younger