Former Secretary of State Hillary Clinton became emotional while reading the would-be victory speech she prepared before President Donald Trump defeated her in the 2016 presidential election.

MasterClass, the streaming platform where anyone can take lessons from the world’s most accomplished figures about a wide range of subjects, touted the launch of Clinton’s class on the power of resilience. According to MasterClass, Clinton will teach members the practical tools and lessons that have fueled her through a lifetime in the spotlight, including the importance of personal strength, preparation and hard work.

“My fellow Americans, today you sent a message to the whole world,” Clinton says in the MasterClass video, reading the opening lines of her speech. “Our values endure, our democracy stands strong and our motto remains ‘e pluribus unum’ — ‘out of many, one.’ We will not be defined only by our differences. We will not be an ‘us versus them’ country. The American Dream is big enough for everyone.”

She continued: “I dream of going up to her [Clinton’s mother] and sitting down next to her, taking her in my arms, and saying, ‘Look at me, listen to me. You will survive. You will have a good family on your own. And three children. And as hard as it might be to imagine, your daughter will grow up and become the president of the United States.'”

The Clinton MasterClass has been met with widespread criticism since its reveal this week.

“Maybe it’s a masterclass in how to lose an election,” Devine said. ” That speech is just shocking, and you have to notice that she is very emotional about this loss from five years ago, but she wasn’t as emotional — she was quite callous, actually — when she was testifying about Benghazi.”

Devine recalled Clinton’s congressional testimony on the Benghazi attack, saying that her tears during her MasterClass address “leave me cold. … She didn’t give a damn about the murdered Americans in Benghazi. She said what difference does it make?”

The MasterClass, which runs nearly three-and-a-half hours over 16 video lessons, is currently available on the company’s website. 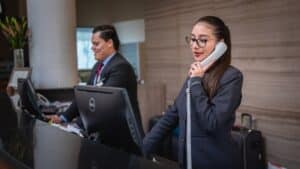