It was also a lower number than predicted by economists. It seems to provide further proof that America’s job market is in recovery in the sense that employers are vying for staff and workers have plenty of jobs to choose from. Companies are still having a hard time keeping up with the heavy demand for goods and services, and it has been made harder with a lower available workforce.

Official numbers in October showed the nation had 11 million jobs available and not enough people to fill them. This count coincided with 1.9 million Americans who were receiving benefits under the various government programs in the week that ended on Nov. 20. This number was a result of regular state unemployment aid.

“Usually, it is not really worth discussing seasonals as the adjustment process is usually well calibrated and does a good job smoothing out the expected wiggles,” said Jefferies Money Market Economist Thomas Simons in a recent memo sent to clients.

The pandemic has complicated the job market, placing a burden on the economic state of America. Last summer, when claims were still in the millions, the Labor Department made a change to its adjustment methodology, Simons said.

Even though claims have declined steadily since September, the holiday season, starting with Veteran’s Day and ending only with Martin Luther King Day in February, is a period of heightened volatility, according to Mike Englund, chief economist at Action Economics.

In the end, the 52 year low is a signal of economic recovery for the U.S. 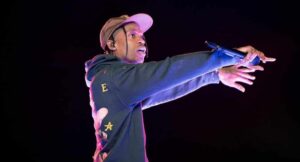 Astroworld Lawsuits To Be Handled By One Judge; Travis Scott Requests Dismissal