Astroworld Lawsuits To Be Handled By One Judge; Travis Scott Requests Dismissal

Rapper Travis Scott requested to be dismissed from the multiple lawsuits he is facing following the mass casualty incident at his Astroworld Festival.

The request is Scott’s first public response to the lawsuits.

Through one of his representatives, the rapper denied the allegations in 11 different lawsuits. His legal team is expected to make more requests in the coming weeks.

A total of 10 people died after chaos broke out at the Nov. 5 event in Houston, which was attended by approximately 50,000 people. The youngest victim was nine-year-old Ezra Blount, whose parents refused Scott’s offer to pay for funeral expenses.

Hundreds were injured as the crowd pressed toward the stage and became increasingly panicked.

Scott’s actions during the event have been widely criticized. He performed for 30 minutes before stopping the show, despite repeated efforts from the crowd to get his attention. Videos of the rapper performing as the crowd yelled circulated social media along with reports of his previous incitement of dangerous behavior at past concerts.

“Scott previously claimed after the performance that he was unaware of ‘the severity of the situation’ and tried to pause the show when he saw people in distress,” per Vulture.

“Among the 11 suits Scott responded to was one filed by Bhaghu Shahani, father of Bharti Shahani, one of the 10 who died during the concert. Alongside several other defendants like Live Nation and ScoreMore — along with the venue NRG park and numerous security companies — Scott was accused of negligence, among other claims,” reports Rolling Stone.

Almost 300 lawsuits were filed in Harris County against Scott in the days that followed. Lawyers for both victims and plaintiffs are working to consolidate the cases, which name Scott as well as concert organizer Live Nation and other companies.

In their request for dismissal, Scott’s team argued that the rapper “is not legally liable” for the incident.

On Dec. 7, the Board of Judges of the Civil Trial Division of the Harris County District Courts agreed that pretrial matters for all the lawsuits will be handled by one judge, District Judge Kristen Hawkins.

“This consolidation will promote the expeditious and efficient administration of justice,” the Board wrote in the two-page order.

Should any of the lawsuits go to trial, they would return to their original court and be heard by the corresponding judge.

The request was made by attorney Brent Coons, who is representing 2,000 Astroworld attendees. He is requesting $10 billion in damages.

“You don’t want to have all the same issues argued and all the same witnesses deposed over and over again in every courtroom,” Coon said in a Dec. 7 statement. He said the decision would reduce redundancy and allow the cost to be shared by everyone involved in the litigation. 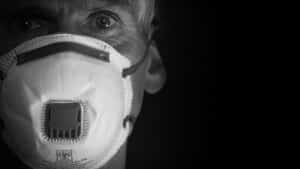 The Entire World is Unprepared for the Next Pandemic, Says Global Health Security Index