White House Press Secretary Jen Psaki scolded reporters during her briefing Monday, saying it’s “irresponsible” to assume there are Americans stranded in Afghanistan despite widespread reports of chaos at the airport.

“I think it’s irresponsible to say that Americans are stranded. They are not. We are committed to bringing Americans who want to come home, home,” said the Press Secretary.

.@PressSec: "I think its irresponsible to say that Americans are stranded. They are not. We are committed to bringing Americans who want to come home, home." pic.twitter.com/lFIbQ56OBT

Psaki’s comments come one day after the President delivered a 30-minute address on the situation in Kabul.

“You said there’s no circumstances where American citizens cannot get to the airport. That doesn’t square with the reporting on the ground. Are you saying any American who wants to get to the airport can get there?” asked one journalist from the press pool.

“I thought the question was, how can they get through the airport, outside the airport, the answer is, to the best of our knowledge, the Taliban checkpoints, they are letting through, people … That’s why we had to, I guess yesterday, or the day before? We went over the wall, and brought in, how many?” bumbled Biden. 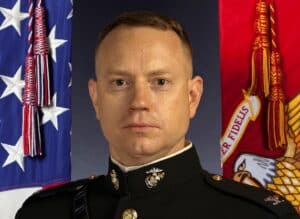