President Joe Biden’s approval rating has fallen to an all time low, according to a new poll released on Wednesday.

The president’s approval has dropped to 46 percent with 52 percent disapproval, according to Rasmussen Reports’ daily tracking poll.

Biden’s approval rating had consistently been in the high 40s and low 50s throughout his presidency so far.

“The latest figures include 26% who Strongly Approve of the job Biden is doing and 42% who Strongly Disapprove. This gives him a Presidential Approval Index rating of -16,” Rasmussen reports.

Despite doing well with Democrats, this broader drop in support will likely be concerning for his party as we head into midterm elections next year. Republicans only need a net gain of five seats to regain control of the House and one seat to take back the Senate.

Vice President Kamala Harris’ approval ratings have also dropped to just 41 percent in a recent YouGov poll. Meanwhile, 48% of all voters said that they have an unfavorable opinion of her.

Rasmussen’s daily poll is conducted through telephone and online surveys of 1,500 likely voters (500 per night reported on a three-day rolling average basis) and has a maximum margin of sampling error of plus or minus 3 percentage points with a 95 percent level of confidence. 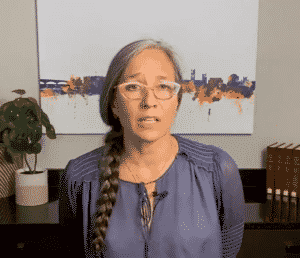