The Harvard-educated physician says hospital accused her, a woman of color, of racism and ‘internalized whiteness’

Until recently, Dr. Tara Gustilo was the celebrated chair of the OB/GYN Department at Hennepin Healthcare System (HHS) in Minneapolis. She graduated from Harvard University and Mayo Medical school and even led a program that reflects cultural differences in birthing practices in order to provide more comprehensive care to honor her patients’ diversity.

But following the death of George Floyd during the summer of 2020, Gustilo was disturbed to see HHS alter their approach to medical care.

“As a biracial woman with multiracial children, I was worried for our well being and that of our community,” she said in a video published on the Foundation Against Intolerance & Racism (FAIR) website.

Gustilo began researching the roots of the ideology that she recognized in the Black Lives Matter movement; she learned about Critical Race Theory (CRT); she discovered the works of Ibram X. Kendi and Robin DiAngelo.

“I came to believe that CRT is not a continuation of the civil rights movement but rather a repudiation of it,” she wrote in her official Charge of Discrimination letter addressed to the U.S. Equal Employment Opportunity Commission.

Gustilo took issue with how members of her department attempted to reverse the intended goal of a program that she designed to “better understand the varying traditions and cultures of the diverse community HHS serves.”

“For years, I’ve been working to create a more holistic, multicultural, and inclusive care environment … to help understand the birthing traditions and needs of our pregnant patients from different cultures,” she said. “Within the last couple of years, however, the goals seemed to change and the program began to morph from one of multicultural care to instead one of segregated care.”

She said there was a push for black caregivers to provide care for black patients — “Now why would people claiming to fight racism want segregation after the death of George Floyd?” she asked.

But it was Gustilo’s social media posts questioning CRT ideology that ultimately led to her being approached by members of HR and the medical executive team. They concluded that her posts impacted her “ability to lead.”

“[They] accused me of being racist, of having a mental breakdown, and of being unfit and unable to … manage my department,” she recalled.

In order to circumnavigate the charge of punishing an employee for expressing her First Amendment rights, Gustilo said her employers fabricated excuses about her showing up late to meetings and exhibiting “poor communication skills.”

“I oversaw the OB/GYN department for six years without any of these complaints ever being made before,” she said. “After I pushed back on their pretextual reasons for my demotion, a human resources manager finally admitted to me that my beliefs were the reason for my removal.”

Gustilo, who is being represented by the law firm Eckland & Blando, formally filed discrimination charges against HHS on June 25.

“I refuse to allow an ideology that seeks to divide us based on immutable characteristics to enter my profession, or interfere with my duty as a doctor to help all who are need of healing,” she said.

Donations to support Gustilo’s case can be made through the FAIR website. 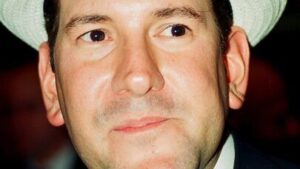