Violent crime in Portland, Oregon has surged as the number of law enforcement officers has dropped.

The city moved to defund the department by $15 million dollars in 2020 following increasing anti-law enforcement sentiments in the wake of George Floyd’s death in Minneapolis.

During 2020, the city recorded an 83% increase in homicides.

Portland has had 77 homicides and 1,105 shootings so far in 2021. Riots, led by far-left Anti activists, have become a regular occurrence. Antifa members have gained attention for blocking traffic as well as attacking federal buildings and police.

Due to a new law, police officers cannot arrest people for possessing small quantities of any drug, like heroin and crystal meth.

The understaffed department has said it now must prioritize serious crimes over smaller offenses like property theft, a crime which has become increasingly common.

Police officers report that their lack of faith in the city’s mayor and district attorney are influencing their decision to leave, according to exit surveys conducted by KOIN.

“Portland’s number of officers is in stark contrast with the size of police forces in cities comparable in population. Portland’s 788 police officers mean that it has 1.2 officers per 1,000 people,” reports The Daily Mail.

Mayor Ted Wheeler announced on Nov. 3 that he wanted to invest more than $5 million. The additional funding would be put toward hiring more officers and buying body-worn cameras.

“Many Portlanders no longer feel safe in their city,” Wheeler said during a news conference. “Business owners have closed up shop, for fear of doing business in high risk areas. Commuters fear for their safety, whether taking public transport or going by foot. Parents are scared to let their children play outside.”

Wheeler added that, over the next three years, his goal is to add 300 additional officers to the department’s rank during the 2023 fiscal year.

This would include 200 sworn officers and 100 unarmed public safety specialists.

In a bid to attract new officers, the city plans to offer the first 50 officers or public safety specialists a $25,000 signing bonuses. 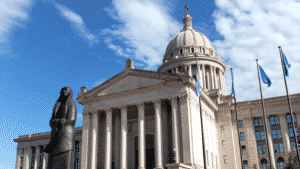