The Oklahoma Supreme Court ruled pharmaceutical company Johnson & Johnson does not have to pay a multimillion-dollar judgment for its role in the state’s opioid crisis.

In August 2019, District Judge Thad Balkman ruled that the company and Janssen Pharmaceuticals, its subsidiary, had been a public nuisance when it market opioids, which compromised the health and safety of state residents.

The state’s attorney general’s office had argued that Johnson & Johnson “trained sales representatives to downplay the risk of opioid addiction, telling doctors that the risk of addiction was 2.6 percent or less if prescribed by a doctor,” per UPI.

“We’ve shown J&J was at the root cause of this opioid crisis,” lead attorney for the state Brad Beckworth said. “It made billions of dollars from it over a 20-year period. They’ve always denied responsibility and yet at the same time they say they want to make a difference in solving this problem. So do the right thing: come in here, pay the judgment.”

Following a 5-1 vote on Nov. 9, the state’s Supreme Court said Balkman ruled improperly. The Court said the New Jersey-based pharmaceutical company did not violate public nuisance laws, which it said were not created for large-scale public crises, such as the opioid epidemic.

“The court has allowed public nuisance claims to address discrete, localized problems, not policy problems,” the Oklahoma Supreme Court said in its ruling.

“J&J had no control of its products through the multiple levels of distribution, including after it sold the opioids to distributors and wholesalers, which were then disbursed to pharmacies, hospitals and physicians’ offices, and then prescribed by doctors to patients.”

Between 2007 and 2017, Oklahoma recorded over 4,600 deaths due to overdoses from opioids, including prescription painkillers, heroin and illegally produced fentanyl.

A judge in California issued a similar ruling on Nov. 1. Judge Peter J. Wilson issued a 41-page ruling that declared that the opioid marketing conducted by drug companies Allergan, Endo, Johnson & Johnson and Teva was not clearly linked to an increase in the illegal use of prescription painkillers by state attorneys.

“This Court is aware of the toll being taken on society,” Wilson wrote. “Opioid-related hospitalization rates and opioid-related deaths starkly demonstrate the enormity of the on-going problem.” 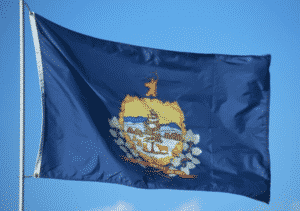