The condoms are provided by Planned Parenthood of Northern New England

In 2019, a Vermont Youth Risk Behavior Survey found that 40% of high schoolers are sexually active and that just about half were using condoms as a form of contraceptive.

Representative Topper McFaun introduced a bill in 2020 that mandated free access to condoms in public schools with students between 7th and 12th grade. It was subsequently passed by the legislature and signed by Governor Phil Scott.

“In order to prevent or reduce unintended pregnancies and sexually transmitted diseases, each school district shall make condoms available to all students in its secondary schools, free of charge,” the bill reads.

School faculty and administrators were allowed to decide how best to distribute them.

“At a minimum, condoms shall be placed in locations that are safe and readily accessible to students, including the school nurse’s office,” according to the legislation.

The policy went into effect in July. The Vermont Agency of Education released a set of recommendations for the condom availability program, including that they should be readily accessible “without barriers to obtaining condoms or stigma surrounding access.”

As of Nov. 8, the roll-out was “officially complete,” per WBAL.

“I think perhaps Representative McFaun has good intentions,” Toborg said. “But the reality is that when you encourage sexual activity among young kids, and treat it as normal and acceptable for 12-year-olds to be engaging in sexual activity, you are creating an atmosphere that will lead to more sexual activity and more unintended pregnancies.”

In addition to providing condoms, schools must also provide instruction on their use in a manner that is inclusive of gender identity, sexuality and ethnicity.

Condoms will not be funded through a school’s budget. Instead, Planned Parenthood of Northern New England will provide them. 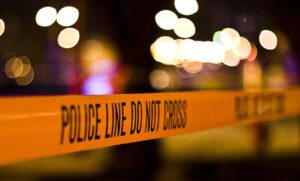