Portland City Council is set to vote on an emergency resolution to ban city government from doing business with Texas in protest of the state’s new abortion law.

The controversial law has banned abortions after an ultrasound can detect a fetal heartbeat, which can occur as early as six weeks into pregnancy. There is an exemption for cases of medical emergencies.

To protest the state’s decision, Portland City Council is considering prohibiting the purchase of goods and services from Texas — as well as banning city employees from traveling there for business.

Democrat Mayor Ted Wheeler has announced that the resolution will be considered on Wednesday evening.

“The ban will be in effect until the state of Texas withdraws its unconstitutional ban on abortion or until it is overturned in court. City legal counsel is currently evaluating the legal aspects of this proposed resolution. The Portland City Council stands unified in its belief that all people should have the right to choose if and when they carry a pregnancy and that the decisions they make are complex, difficult and unique to their circumstances,” Wheeler’s office said in a press release.

In a 5-to-4 vote on Thursday, the Supreme Court declined to block the law.

Wheeler’s office celebrated the liberal judges who voted against the Heartbeat Act.

“We stand with Chief Justice John Roberts, Justice Elena Kagan, Justice Stephen Breyer, and Justice Sonia Sotomayor, who fought to block this attack on the reproductive rights, freedom, and autonomy of people across the country,” the statement continued. “We urge other leaders and elected bodies around the nation to join us in condemning the actions of the Texas state government.” 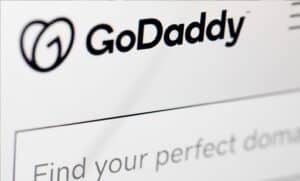