'We deal with naked people running down the street, people who are unable to even acknowledge who or where they are,' said Mayor Ted Wheeler

The City Council of Portland, Oregon has allocated $27 million to the construction of three designated campgrounds for homeless people throughout the city.

The move comes weeks after the City Council voted to ban street camping. The measure will be phased into enforcement over the course of a year. The council has approved plans for the creation of six camping areas in total.

Of the money allocated during the Nov. 30 vote, $4 million will be used for preparation and construction costs. Roughly half of the remaining $27 million will cover the cost of the three sites’ operational costs for the remainder of the fiscal year, per AP News.

In October, Portland Mayor Ted Wheeler publicly asked the state’s next governor to declare a State of Emergency due to the magnitude of the city’s homelessness problem. He argued impending winter weather made the situation more urgent and that the state government had more experience than any other agency in creating temporary outdoor emergency shelter camps.

Wheeler himself enacted a city-wide emergency declaration in February in order to prohibit homeless people from camping on freeways, intersections and high-crash streets because of the dangerous conditions.

Portland’s annual traffic crash report found 70% of pedestrians killed in traffic accidents were homeless residents. The majority of these deaths happened at campsites along streets with a history of car crashes.

Before the council voted, Wheeler said Portland must “do something differently” to address the issues caused by the homelessness crisis. He contended that the measure would increase safety and help social services work with homeless people.

“We must end self-directed, unsanctioned camping in the city of Portland,” Wheeler said, per The Washington Post.

“We deal with mental health issues. We deal with substance abuse issues. We deal with human feces,” the mayor continued. “We deal with naked people running down the street, people who are unable to even acknowledge who or where they are, because their afflictions are that serious. It is beneath us as a moral and ethical society to have that happening in our community.”

Other efforts to construct housing for the city’s homeless population are underway.

Central City Concern, a Portland-based nonprofit that works with the homeless, opened a new tenancy building in Old Town on Nov. 30. The building offers 100 affordable housing units, including 70 longer-term units and 30 units for individuals with limited incomes.

According to KGW8, a homeless village in Old Town was shut down in June after becoming too dangerous for residents and nonprofit staff members working there.

“We’ve had quite a few instances of gun violence, some in the immediate proximity of the village. We’ve had our staff end up being first responders to a shooting,” Andy Goebel, who runs All Good Northwest, told the outlet.

In addition to increased crime, Portland’s Fire & Rescue reported responding to an increasing number of fires at homeless encampments each year. 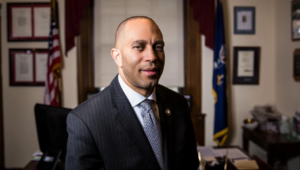