Instagram has ended Pornhub’s weeks-long suspension with a permanent ban from the social media platform.

“We demand an explanation and guidance as to why our accounts are continuously deleted and why content we spend money creating in order to engage with our audience is removed, even when we do not breach any of Instagram’s rules,” the letter states.

According to Meta’s terms, branded content on Instagram or Facebook that promotes “contraceptives must focus on the contraceptive features of the product, and not on sexual pleasure or sexual enhancement, and must be age-gated to people 18 years or older.” Additionally, “branded content must not promote the sale or use of adult products or services, except for posts for family planning and contraception.”

Critics of the website have campaigned for Pornhub’s removal from social media platforms for years, citing concerns about child welfare and sex trafficking.

Laila Mickelwait, the founder and CEO of the Justice Defense Fund, wrote on Twitter that Pornhub’s comparison to Kim Kardashian and other celebrity’s nude posts is a misrepresentation of the issues at play. 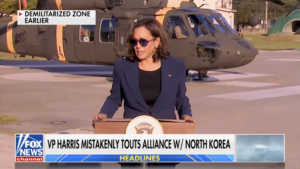