As Republican leaders call for investigations into social media censorship following the release of Twitter’s internal communications, a new poll shows that U.S. voters overwhelmingly believe censorship by social media companies is a a problem and a majority support congressional inquiries.

Seventy-seven percent of likely voters believe social media giants censor news and commentary because of their own political bias, including 52 percent who say it’s “very likely,” according to new survey data from Rasmussen Reports.

The poll was conducted days after journalists Matt Taibbi and Bari Weiss published internal documents from Twitter, along with damning reports confirming the U.S. government worked hand-in-hand with social media companies to censor speech with which it disagrees.

Overall, Americans believe that social media censorship is a serious problem (72 percent), while nearly half (49 percent) call it a “very serious” problem.

Rasmussen notes that Big Tech companies often cite “misinformation” as the reason they need to closely control content on their sites, which generally aligns with the views of the electorate. Seventy-three percent of voters believe misinformation on social media is a serious problems, while 48 percent feel more strongly, calling it a “very serious problem.”

Political affiliation affects perceptions of whether censorship or misinformation is problematic.

Republican plans to investigate social media censorship is supported by 86 percent of Republicans, 63 percent of independents, and only 52 percent of Democrats.

Republicans and conservatives have argued for years that Big Tech algorithms have disproportionally impacted their online experience. The disclosures by Taibbi and Weiss reveal that at least at one company (Twitter) Democrats had far more access and opportunity to censor their political opponents than the other way around. 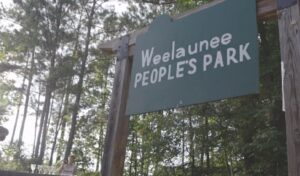