Five people protesting the construction of a new Atlanta Police Department training facility have been charged with domestic terrorism.

The Georgia Bureau of Investigation announced the charges on Wednesday.

In a press release about the arrests, the GBI alleged that protesters had been involved in a series of serious criminal activities, including “carjacking, various crimes against persons, destruction of property, arson, and attacks against public safety officials. Law enforcement continues to address the criminal acts committed by the individuals that continue to occupy the area of the proposed training site.”

Police in Atlanta are blocking press and citizens from entering the park rn. The COP CITY training facility would be the largest in the nation. Plans include a mock city for urban warfare training with firearms, tear gas, helicopters, and explosive devices #stopcopcity pic.twitter.com/h7wt7DHI6I

Video submitted by a treesitter: police fire chemical irritants in the direction of treesits. Reports of pepper balls being fired by police. Sound on. pic.twitter.com/VCAEHDtXVe

Protests, including tree sitting, have been going on at the site for several months.

Atlanta police, working with an arborist, cut down all the branches of this tree while a brave #StopCopCity protestor occupied this platform.

Standing strong against the police endangering their life, the tree sitter was not removed or arrested & the sit stands. 1/9 pic.twitter.com/ufRgkdtBtd

On Tuesday, the GBI said that their agents had assisted APD and other local, state, and task force members “in an operation to remove barricades blocking some of the entrances to the training center.”

The protesters appear to be a mix of anti-police demonstrators and environmental activists who oppose the destruction of the forest to build the training grounds.

“Occupants of the treehouse, this is Dekalb County Police Department. You are under arrest. The only way we can assure your safety is if you exit the treehouse now.” pic.twitter.com/fQ1WmZBrVe

Only one of the protesters charged with domestic terrorism appears to live in Georgia.

The GBI said that after police cleared the area of the protest, which included makeshift treehouses, they found explosive devices, gasoline, and road flares.

The agency added that the joint investigation is “active and ongoing.”

“Anyone with information is encouraged to contact local law enforcement or the GBI at 1-800-597-TIPS,” the press release added.

Here’s a teaser for our new mini doc about the movement to defend the Atlanta Forest from the Atlanta Police Foundation’s Public Safety Training Center (also known as ‘Cop City’) and other developments.🎞️ pic.twitter.com/y3xHspqe7X

Marlon Kautz of the Atlanta Solidarity Fund, which provides legal support for people arrested during protests, told Fox 5 Atlanta that the protestors were “unarmed and not violent.” 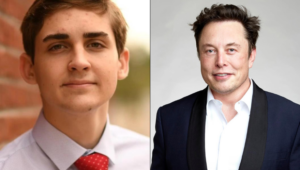