If a hypothetical match up of former President Donald Trump versus President Joe Biden was held today, more voters would choose to Make America Great Again — according to a new poll.

The Harvard CAPS-Harris Poll survey found that 48 percent of voters would pick Trump, compared to 45 percent who would go for Biden.

Only eight percent of those surveyed said that they were unsure.

The pollsters also found that Trump holds an impossible lead over any other potential 2024 GOP candidate.

A whopping 67 percent of Republican voters would support Trump, while former Vice President Mike Pence came in at a distant second with 9 percent and Florida Gov. Ron DeSantis coming in third with 8 percent.

“The collapse of Biden has led to a surge for President Trump on all fronts both in the GOP primary and in a potential general election,” pollster Mark Penn told The Hill.

The Harvard CAPS/Harris Poll survey of 1,989 registered voters was conducted from Nov. 30 through Dec. 2. It is a collaboration of the Center for American Political Studies at Harvard University and the Harris Poll.

The survey is an online sample drawn from the Harris Panel and weighted to reflect known demographics. As a representative online sample, it does not report a probability confidence interval. 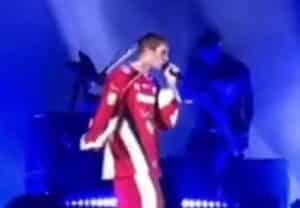