The Human Rights Foundation was among those urging Bieber to cancel his performance.

“The Human Rights Foundation (HRF) considers the Saudi regime to be one of the world’s worst human rights violators, and has contacted Mr. Bieber and his team, urging him to cancel his performance and refuse the Kingdom’s efforts to whitewash its appalling human rights record,” HRF said in a press release.

In 2019, rapper Nicki Minaj cancelled a performance in Saudi Arabia after pressure from HRF.

HRF President Céline Assaf-Boustani said that Bieber performing in Saudi Arabia would be “disastrous” for Bieber.

“It would be disastrous for Justin Bieber, an artist with a vast global following, and who is idolized by millions, to be used as a pawn by MBS’ murderous regime,” said Assaf-Boustani. “Instead of giving into MBS’ plot to launder his image, as other artists have done since MBS’ ascent to power, Mr. Bieber should follow the lead of his fellow artist Nicki Minaj, who boldly shut down MBS and refused to perform for him.”

For the ones who missed the concert or want to recapture the magic of the night, here’s a thread of Justin Bieber’s performances in Saudi Arabia

“As someone who has articulated a commitment to civil rights and social justice, Mr. Bieber should stay true to his words and use his platform to raise awareness about the atrocities being perpetrated every day in Saudi Arabia, especially against members of the LGBTQ+ community,” added Assaf-Boustani. “This performance would stand in stark contrast to the core values he claims to subscribe to. Music is not just a business, but also an influential art form that should not be purchased by a brutal dictatorship.”

A truck featuring billboards with Bieber’s face and a plea for him to cancel also drove around Los Angeles during the American Music Awards on November 21st.

People seem more outraged at Justin Bieber singing in Saudi Arabia than they do about the US or Canada selling them weapons pic.twitter.com/MRczUmcl8P

“This is a unique opportunity to send a powerful message to the world that your name and talent will not be used to restore the reputation of a regime that kills its critics,” Cengiz wrote. 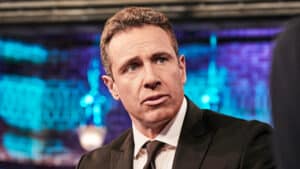