Chris Cuomo fired back at CNN over the weekend after the network fired the anchor over his role in defending his brother amid allegations of sexual misconduct, claiming the channel’s president knew of his involvement.

“They were widely known to be extremely close and in regular contact, including about the details of Mr. Cuomo’s support for his brother,” a Cuomo spokesman told the Wall Street Journal regarding Jeff Zucker. “There were no secrets about this, as other individuals besides Mr. Cuomo can attest.”

“He has made a number of accusations that are patently false,” the network told the Wall Street Journal. “This reinforces why he was terminated for violating our standards and practices, as well as his lack of candor.”

In similar developments, Chris Cuomo was also accused by a former colleague of inappropriate sexual behavior.

“Hearing the hypocrisy of Chris Cuomo’s on-air words and disgusted by his efforts to try to discredit these women, my client retained counsel to report his serious sexual misconduct against her to CNN,” Debra Katz, the attorney for the anonymous woman, told the Wall Street Journal. 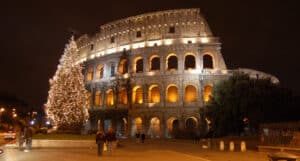