The EU was accused of trying to cancel Europe's Christian heritage

The European Union was sharply critiqued for its directive to staff to use the term “holiday period” instead of the phrase “Christmas period.”

The story first surfaced in Italy, where the EU was accused of waging a war on “common sense.”

Giorgia Meloni, leader of the far-right Brothers of Italy party, publicly said, “The European Commission, through an internal document, considers the Christmas celebrations as insufficiently inclusive:

“In the name of a sinister ideology, it wants to suppress the culture of a people,” he added. “Our history and our identity can’t be canceled, they must be respected.”

The Vatican was also among those who spoke out against the term swap, saying the EU was trying to “cancel our roots” by ignoring Europe’s Christian heritage.

“Of course, we know that Europe owes its existence and its identity to many influences, but we certainly cannot forget that one of the main influences, if not the main one, was Christianity itself,” said Cardinal Pietro Parolin, the Vatican secretary of state, in a video on the Vatican news portal.

Patrizia Toia, an Italian politician who is part of the Progressive Alliance of Socialists and Democrats, tweeted, “The Commission believes that there is respect for pluralism and it denies the words that recall the identity and history of one of the religious heritages that she founded, with others, the cultural and ideal baggage of Europe? … That text divides, does not include”

According to the Daily Express, “the document was part of a plan championed by Commission President Ursula von der Leyen to make sure that ‘everyone is valued and recognized’ across the bloc.”

Following the backlash, Brussels referred to the memo as a “draft document” and withdrew the guidelines.

“My initiative to develop guidelines as an internal document for communication by Commission staff in their functions aimed to achieve an important goal: to illustrate the diversity of European culture and to show the inclusive nature of the European Commission towards all walks of life and the beliefs of European citizens,” said Helena Dalli, the European Commissioner for Equality, as part of the public withdrawal. “However, the published version of the guidelines does not adequately serve this purpose. It is not a mature document and does not meet all Commission quality standards. The guidelines clearly require more work.”

The Equality Commission’s other recommendations included avoiding the term “colonize Mars,” due to the verb’s connection to imperialism, and replacing the phrase “Ladies and gentlemen” with the gender-neutral term ‘colleagues.’ 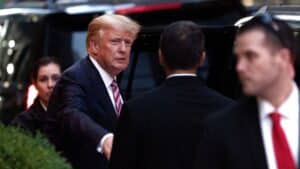