A 75 percent majority of Democrats want someone other than President Joe Biden to be their party’s nominee in 2024, according to a new poll.

Biden’s approval has in a steady decline for over six months.

The latest poll conducted by CNN and SSRS Online from July 22 to July 24 found a sharp decrease of support and enthusiasm for Biden among Democratic voters.

When the same questions were asked by these pollsters in January and February, just 51 percent of the Democrats surveyed said that they wanted a new nominee.

Of those who want a different nominee, 24 percent said that it is because they do not believe Biden can beat his Republican challenger — an increase from just 18 percent who cited this reason at the beginning of the year.

Another 32 percent of the Democrat and Democrat-leaning voters said that they would like a new nominee because they do not want Biden to be re-elected. This number has doubled from the 16 percent who previously said the same.

Just 24 percent of those polled said that they want Biden to run for a second a term, a steep drop from the 45 percent who said this in January and February.

According to a report from YouGov, more than half of Americans (54 percent) disapprove of the way Biden has been handling his presidency, with only 37 percent approval.

Despite the clear lack of enthusiasm, Biden has said that he intends to run for re-election. He is currently the oldest president in American history and will be 80-years-old in 2024.

Support for former President Donald Trump was also on the decline among Republican voters.

A 55 percent majority of Republican and Republican-leaning registered voters said that they want to see their party nominate someone other than Trump. Only 49 percent gave this answer when the poll was conducted earlier this year. 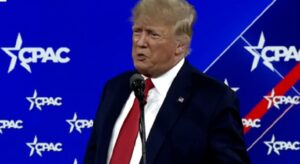