As the 2022 midterm elections approach, a nonprofit think-tank has issued a policy brief aimed at helping lawmakers enact changes that will ensure security and confidence in their elections.

The report from the Committee for Economic Development, the public policy center of The Conference Board (CED), is the latest in a series on Sustaining Capitalism, and provides state and local officials, as well as congressional and business leaders steps to promote election integrity.

“Ensuring a credible election is a shared, bipartisan responsibility involving policymakers, election officials, and business leaders,” said Lori Esposito Murray, President of CED. “They all have critical roles in promoting confidence and ensuring that all qualified voters may participate easily and securely in our electoral process.”

Why Are Changes Being Suggested?

Post-election complaints, along with allegations of fraud and malfeasance in the 2020 election, marred the confidence in results in multiple states, stoking anger and a protest that turned violent in the nation’s capital on Jan. 6, 2021.

Multiple states violated the law in how their elections were administered — as two examples, Pennsylvania’s mail voting law was deemed unconstitutional and Wisconsin’s ballot drop boxes were illegal — and voters complained of systemic problems at the polls on Election Day.

Arizona voters reported issues statewide they argue may have impacted their ballots being properly scanned, while officials found issues with tens of thousands of ballots.

As of 2022, trust in U.S. elections has plummeted, with as few as 20 percent of Americans being confident in election results.

“Restoring Americans’ confidence in the integrity and security of our elections is an urgent task,” the report states.

“With the mid-term elections just a few months away, the urgency of the situation demands that we act now, working to enact common-sense reforms to make voting easier, fairer, and more secure for voters,” Murray said.

CED also recommends that states provide at least 10 days of early voting, and ensure that mail-in ballots received before Election Day are counted prior to Election Day in order to speed up the announcement of results.

The policy brief calls for more oversight and transparency within polling places, increased security for the mail-in and electronic voting systems, and increased reporting of security incidents to law enforcement.

CED states that poll monitoring should be conducted on a bipartisan basis, using observers from both major political parties participating at the same polling locations. It also recommends enforcing prohibitions on harassment of poll workers. 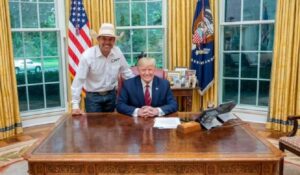