The multimillion-dollar wall spans over 100 miles

A border wall designed to keep migrants from entering Poland through Belarus has been completed after less than a year of construction.

Belarus President Alexander Lukashenko encouraged migrants from the Middle East to cross into the European Union through the Polish-Belarusian border in 2021.

Thousands of migrants were denied entry into Poland and were also not permitted to return to Minsk. The crisis lasted weeks and saw multiple violent attempts by the gathered crowd to push through Polish border forces. An estimated 20 people died as a result of the freezing conditions.

The Polish government ultimately earmarked $350 million for the barrier, which spans roughly 116 miles. Construction began on Jan. 25, 2022. The wall will ultimately include technological tools to prevent border-crossers including cameras and motion detectors.

Moraweicki said the project would, in part, help secure his nation against Russia.

“The first sign of the war in Ukraine was [Belarus President] Alexander Lukashenko’s attack on the Polish border,” the prime minister said at a news conference on June 30.

“Warsaw authorities believe the Lukashenko regime used migrants as a tool to spark tensions since 2021, which saw tens of thousands mostly from Iraqi Kurdistan attempt to enter Poland, Lithuania and Latvia from Belarus,” reports Africa News.

Lukashenko is an ally of Russian President Vladimir Putin and his country has faced a number of sanctions since the February invasion of Ukraine. Moraweicki accused Putin of being behind the migrant crisis during an emergency parliamentary debate in November.

“Lukashenko is the executor of the latest assault, but this assault has a sponsor who is to be found in Moscow, and this sponsor is President Putin,” the prime minister said, per EuroNews. “The security of our eastern border is being brutally violated. This is the first such situation in 30 years when we can say that the integrity of our borders is being tested.”

“Human rights activists see a double standard in the different treatment of the neighbouring Ukrainian refugees – fellow Slavs who are mostly Christian, female and white – and those from the distant Middle East and Africa, many of whom are Muslims and male,” reports Al Jazeera.

“If you give a lift to a refugee at the Ukrainian border you are a hero. If you do it at the Belarus border you are a smuggler and could end up in jail for eight years,” Natalia Gebert, the founder of Polish NGO Dom Otwarty which aids refugees, told the outlet.

Poland is expected to lift the state of emergency along the border on June 30. 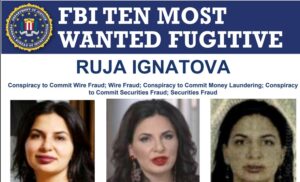 FBI Offers $100,000 Reward for Capture of Fugitive ‘Cryptoqueen,’ Adds Her to Top Ten Most Wanted List