Poland began construction on a $350 million fence on its border with Belarus.

Cameras, motion detectors, and other technological tools will be added to the fences to assist border guard forces to stop smuggling. The current fences were made of barbed wire and served as a temporary measure.

Poland will tomorrow start construction on its border wall with Belarus.

It will be similar to the Greek border wall with Turkey.

Construction will take place around the clock, making it possible to finish the wall by June. pic.twitter.com/7ydOaORjon

Captain Krystyna Jakimik-Jarosz, a Polish Border Guard spokeswoman, did not give the specific location of the construction project in her announcement.

She said that “the Belarusian services are just waiting for this to send groups of migrants there, so for security reasons we don’t indicate the precise locations.”

Poland managed a tense border crisis in November of 2021 after Belarussian officials appeared to direct migrants to the shared border.

At the height of the conflict, the Polish Border Gaurd recorded hundreds of illegal crossing attempts each day. Violence broke out on multiple occasions between migrants and Polish forces.

Hundreds of migrants from the Middle East gathered at the border, seeking to enter the European Union through Poland. An estimated 7,000 migrants were in Belarus at the time.

“The project has raised concerns among human rights and environmental activists,” reports EuroNews. “The former fear that migrants fleeing conflict situations will not be able to apply for asylum, and the latter fear the adverse effects on the wildlife of the forest area on the border.”

Jakimik-Jarosz said in her statement that officials had taken steps to prevent any damage to the local wildlife or environment.

Border Guard spokeswoman Anna Michalska told Poland’s PAP news agency on Jan. 25, “Our intention is for the damage to be as small as possible.”

“Tree felling will be limited to the minimum required,” she said. “The wall itself will be built along the border road,” noting that contradiction crews will only use the existing roads during their work.

Construction is projected to be completed in June. The border between the two nations totals 418 kilometers (260 miles). 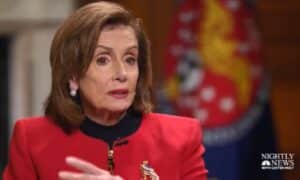