A bridge in Pittsburgh collapsed hours before President Joe Biden was scheduled to visit the city to talk about infrastructure.

At least 10 people were injured after four vehicles, including a Port Authority bus, were launched into the ravine below the Fern Hollow Bridge. Other vehicles were stuck dangling on the structure’s edge. Rescue workers repelled approximately 150 feet and formed a human chain to reach the occupants of the bus.

The bridge, which connects the Point Breeze, Regent Square, and Squirrel Hill neighborhoods, collapsed around 6:40 A.M on Jan. 28.

Pittsburgh Public Safety confirmed the accident and added that firefighters, emergency medical services and police had responded to the scene.

ALERT:
Please avoid the area of Forbes and Braddock for a confirmed bridge collapse. Fire, EMS, and Police responding. No reported injuries at this time.
Updates will be provided. pic.twitter.com/ja8YlzkSp7

Pittsburgh Mayor Ed Gainey told reporters that “we were fortunate.”

Democrat Governor Tom Wolf said the state was “prepared to provide support as needed” in a statement on Twitter. He asked Pittsburgh residents to avoid the area.

At a news conference, the chief of the Pittsburgh Bureau of Fire Darryl Jones announced three people had been hospitalized, but none of the injuries were life-threatening. He said the cause of the collapse was still under investigation.

A strong smell of gas was reported in the area and residential homes nearby were evacuated as a result. Residents have since been allowed to return.

The bridge was built in 1970 and had been inspected in September of 2021. No issues were reported at that time.

According to the Pennsylvania Department of Transportation, the bridge has been considered to be in poor condition since 2011 because “deterioration of primary structural elements had advanced.”

The White House says it is monitoring the situation.

White House Press Secretary Jen Psaki said on Twitter that the Biden administration “will stay in touch with officials on the ground about additional assistance we can provide.”

She said the president’s trip would proceed as planned.

Democrat Lieutenant Governor John Fetterman, who running for Unites States Senate, was at the scene of the collapse and told reporters that the accident exemplified the need for infrastructure funding.

“We’re the city of bridges — and how many are out there?” he said, per The Washington Post. “I hope it’s a wake-up call to the nation that we have to make these critical infrastructure investments and that people are afforded a safe drive to work. I’m just grateful nobody was killed.”

Biden has earmarked $1.6 billion for Pennsylvania bridge maintenance under his $1 trillion infrastructure law. 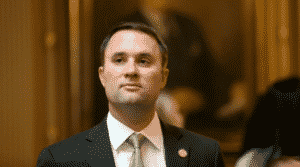