The City of Philadelphia is poised to ban police officers from making routine traffic stops to promote “driving equity,” making it the first major American city to cease stopping motorists for broken taillights and other minor issues.

“The Driving Equality Bill, passed earlier this month by the city council, could be signed as early as this week by Mayor Jim Kenney,” reports the New York Post. “The package of bills would classify vehicle registration infractions, broken brake lights and flouting inspection evidence regulations as ‘secondary’ violations, meaning police would be prohibited from pulling motorists over if those traffic infractions are observed.”

“The measure is aimed at easing tensions between police and black Philadelphians, who are more likely to be stopped by police, according to a data analysis by the Defender Association of Philadelphia. Black drivers, who make up 48 percent of Philadelphia’s population, were pulled over in 72 percent of the roughly 300,000 traffic stops between October 2018 and September 2019, according to the group,” adds the Post.

Mayor Jim Kenney is anticipated to sign the legislation, which the Philadelphia City Council approved, during the first week of November.https://t.co/ezoXIVT6DP

#DrivingEquality reinforces that public safety can be achieved with other methods than traffic stops.

Traffic stops are traumatic for drivers and scary for police officers.

Limiting them makes everyone safer and communities stronger.https://t.co/l2wmrNmew6 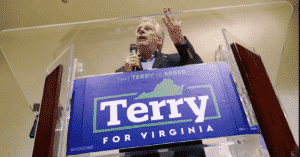