Philadelphia Reports 91 Carjackings In The First Two Weeks Of 2022

Philadelphia experienced nearly four times as many carjackings during the first two weeks of this year as it did during the same period in 2021.

At least 91 carjackings occurred before the first full month of 2022 was over.

“There is no single issue that is more important to me, or the members of the PPD, than fighting violent crime,” said Philadelphia Police Commissioner Danielle M. Outlaw on Twitter. “One of the more disturbing trends that we have seen is the startling increase in the number of carjackings.”

Outlaw included a graphic with information detailing where carjackings often occur and advice for victims of a carjacking.

The flyer warned food delivery drivers might be at an increased risk of carjacking.

“The criminal calls for a food delivery to an address,” the graphic reads. “When the food arrives, the criminal steals the delivery driver’s vehicle.”

In an alternate scenario, a carjacker bumps a vehicle and then steals the car when the driver gets out to assess the damage.

There is no single issue that is more important to me, or the members of the PPD, than fighting violent crime. One of the more disturbing trends that we have seen is the startling increase in the number of carjackings. Here is what we're doing about it: https://t.co/mKJZZL363U pic.twitter.com/yVHsFNLdkM

“Unfortunately, this trend is not unique to Philadelphia. I know that those words bring little comfort right now to our community members, many of whom are experiencing fear and uncertainty, but I do hope that we will ease their fears,” Outlaw said in a statement on Jan. 13. “I do hope that they know and understand that the Philadelphia Police Department is actively working to identify and apprehend the individuals committing these crimes.”

Outlaw added that her department would increase the resources provided to catch carjacking suspects.

The rising number of carjackings is part of a continuing trend that has plagued the city. During the first two weeks of January 2021, 24 incidents of carjacking were reported – a 34% increase from 2020.

Carjackings are a daily occurrence, with the majority conducted by those under the age of 18.

“About 75 to 80 percent of our people arrested for carjackings are juveniles, some as young as 13 and 14-years-old,” said Captain John Ryan with the Philadelphia Police Department’s Major Crimes Unit in a December statement. “We’re seeing juveniles with numerous priors, prior carjacking, and they’re just getting released on house arrest, whatever good that does. It’s essentially a violent, a very personal crime, a very serious crime, and it can lead to tragedy.”

Incidents have been reported at all times of the day, with most occurring between 6 P.M. and 2 A.M.

The police department has said most carjackings are “walk-up” — where the perpetrators wait for distracted people to walk up to their cars or for someone who has just parked.

Residents have been advised to park in well-lit areas, keep their windows rolled up, and lock their doors. 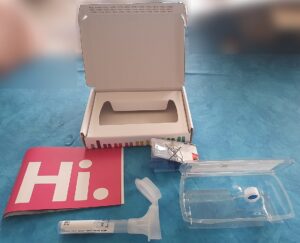