Researchers have linked one of the most well-known symptoms of COVID-19 to a genetic variation after analyzing data from genetic testing company 23andMe.

Using the data of people who self-reported that they had contracted COVID-19, researchers determined variations of two genes found on chromosome 4 indicated an 11% increase in a person’s likeliness to lose their senses of taste and smell.

The genesis, UGT2A1 and UGT2A2, help people smell and make enzymes that metabolize odorants, substances that produce distinctive smells. The genes are also linked to sensory loss during infection.

The specifics of genes’ role in the process are still unclear. Scientists believe that the loss of smell from COVID-19 is related to damage to infected cells in the olfactory epithelium of the nose.

“Early data suggests that supporting cells of the olfactory epithelium are the ones mostly being infected by the virus, and presumably this leads to the death of the neurons themselves,” said associate professor of otolaryngology at Vanderbilt University Dr. Justin Turner to NBC News.  Turner was not involved in the study.

“But we don’t really really know why and when that happens, and why it seems to preferentially happen in certain individuals,” he added.

Variation in the location on the chromosome of the UGT2A1 and UGT2A2 correlated with the loss of the sense in COVID-19 cases.

The study included information from nearly 70,000 adults in the United States and the United Kingdom. Because the sense of taste and the sense of smell were evaluated in one survey question, researchers can not definitively is the genetic variations are more closely linked to the loss of one sense over the other.

“It was this really beautiful example of science where, starting with a large body of activated research participants who have done this 23andMe test, we were able to very quickly gain some biological insights into this disease that would otherwise be very, very difficult to do,” said Adam Auton, vice president of human genetics at 23andMe in a statement. Auton was the lead author of the study. 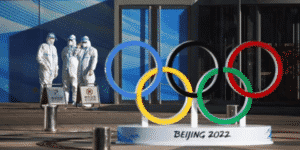