“It is unconscionable that anyone would bring deadly weapons where our city’s children gather to play,” Kenney said. “We will not tolerate the endangerment of children and families while they are in the care of our treasured community spaces, and we must do everything we can to protect the public, as well as the dedicated staff that make these facilities run.”

He added, “Banning guns from indoor and outdoor recreational facilities throughout our city is a critical step to protecting our public spaces and preventing the senseless violence that claimed Tiffany Fletcher’s life.”

Fletcher, a 41-year-old mother of three, was killed while taking a break from work at the city’s Mill Creek Playground. She reportedly caught a stray bullet from a nearby shootout.

Philadelphia, nicknamed the “City of Brotherly Love,” is one of multiple U.S. cities that has experienced a surge in violent crime. This summer alone, there have been more than 750 shootings in the city.

While the mayor has embarked on a quest for direct action, not all of the city’s residents believe gun bans are the most effective course of action.

Black Guns Matter is an organization that works with members of the local Philadelphia community providing firearm education and de-escalation training.

Toure said gun bans are ineffective because they rely on compliance and by definition, criminals are criminals specifically because they don’t follow the law.

“If I am already willing to shoot up a place, that means I don’t follow the rules of not shooting people,” he said.

Toure says a better approach would be for the mayor to lean on district attorneys and push them to decline plea deals that ultimately end up dismissing gun charges for violent offenders.

Once violent criminals are actually prosecuted and there is no longer a “revolving door,” he says, “you very rapidly start to see a decrease in violent crime because those guys are in jail, hopefully getting the rehabilitation that they deserve or need.”

The Philadelphia Enquirer reported that between Memorial Day and Labor Day, on average nearly eight people were shot every day, a rate that is more than double that of five years ago.

Beginning the weekend of Sept. 16, city officials began requiring police officers to work longer shifts in response to the epidemic of gun violence.

Commissioner Kathryn Ott Lovell says, “We are banning weapons from recreation facilities to protect the children and families of Philadelphia, and our treasured staff, from gun violence and to restore a sense of safety to our playgrounds, pools, recreational courts, fields, and rec centers.”

Toure, however, maintains these types of actions from the government are “useless tactics.” He stated that politicians are actually okay with the crime because they aren’t pursuing policies that can impact measurable change.

“Let’s concentrate our efforts on de-escalation conflict resolution. Let’s work with community organizers,” he said. “Let’s help fund some of those people that have solutions to those issues. But again, that’s not what they’re doing.” 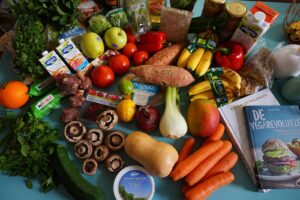