The White House announced the Biden-Harris administration’s strategy on Hunger, Nutrition and Health on Tuesday.

The announcement cited rising prevalence of diet-related diseases including type 2 diabetes, obesity, hypertension, and certain cancers which the White House referred to as an “urgent nutrition-related health crisis” that reportedly impacts “historically underserved communities.” The full strategy sets a broad goal to “end hunger in America and increase healthy eating and physical activity by 2030.”

Today, the Biden-Harris Administration released the White House National Strategy on Hunger, Nutrition, and Health – with the goal of ending hunger in America and increasing healthy eating and physical activity by 2030.

Five pillars deemed achievable by the administration are laid out in the strategy including improvement on food access and affordability, integration of nutrition and health, consumer empowerment to make and have access to healthy choices, physical activity support for all, and enhancement of nutrition and food security research.

In May, President Biden announced he would convene the first White House Conference on Hunger, Nutrition, and Health in over 50 years.

“Too many families don’t know when they’re gonna get their next meal. There are too many empty chairs around the kitchen table because a loved one was taken by heart disease, diabetes or other diet-oriented diseases which are some of the leading causes of death in our country,” the President said in the announcement.

“The total of these diseases are not distributed equally. It’s higher in certain racial and ethnic groups including black, hispanic and native Americans, families with low incomes and those living in rural areas,” Biden continued, saying the COVID-19 pandemic highlighted disparities in health. Nearly two-thirds of COVID-19 hospitalizations in the U.S. were related to obesity, diabetes, hypertension, and heart failure, the White House noted.

According to the announcement, 1 in 10 households experienced limited access to food in 2021 because of limited financial resources. In the same year, almost 4% of households skipped meals or reduced their intake of food due to financial insecurity. One in 10 Americans developed diabetes, 1 in 3 will develop cancer and more than 4 in 10 have high blood pressure, the White House reports.

“The Biden-Harris Administration envisions an America where no one wonders whether they will have enough money to put food on the table, where the healthy food choice is the easier choice, and where everyone has the same opportunity to be physically active,” the strategy reads. “Making progress requires collective, sustained action and mobilization across every segment of society.”

The statement concludes that federal government alone cannot achieve goals established by the strategy and implores private sector, state, Tribal and other local governments to assist in efforts to reduce diet-related diseases. States and territories are encouraged to increase economic support for low-income families along with achieving a 95% cross-enrollment of SNAP, Medicaid and other federal programs for eligible applicants. 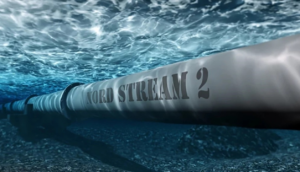