Mayor Jim Kenney issued an executive order last month that puts into effect the Driving Equality Bill. The bill, which was passed by the City Council, prohibits officers from pulling over vehicles for traffic offenses deemed secondary violations. This could include improperly displayed registration, minor obstructions, bumper issues or a single broken taillight.

Those in favor of the bill say black and Latino drivers are unfairly stopped and searched because of these infractions.

Law enforcement advocates argue the stops can uncover illegal drugs and weapons. They point to a 1996 U.S. Supreme Court ruling which validated the practice.

The major’s order also enacts a second bill passed by the City Council requiring Philadelphia to collect and publish the reason for the initial stop, the demographics of the driver and passengers, and the locations of those stops.

Data analysis conducted by The Defender Association of Philadelphia indicated that black drivers, which represent 48% of the city’s population, represented 72% of approximately 300,000 traffic stops conducted from October 2018 to September 2019.

Philadelphia is the sixth most populous city in the United States with a population of about 1.6 million people.

Similar policies have gone into practice across the country. Two prosecutor’s offices in Minnesota will not charge drivers with crimes that resulted from a traffic stop. Law enforcement in Virginia is banned from stopping drivers solely for infractions like smelling marijuana, overly tinted windows or objects hanging from the rearview mirror. 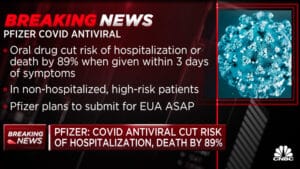