Pentagon with US Flag on display / Wikimedia Commons / U.S. Secretary of Defense

The Pentagon issued its new policy intended to prevent or end extremist activity among service members.

The policy defines what behaviors or actions will be considered “active participation” in an extremist group, which is prohibited.

Because of service members’ First Amendment rights, the policy is “group agnostic,” meaning membership in a group is not considered a violation of Defense Department policy.

Posting, liking, retweeting, or sharing content from any group that is considered to be an extremist group will be classified as active participation.

The Defense Department says it will not monitor online activity. However, social media activity will be reviewed if a service member is suspected of promoting extremist activity.

Other prohibited behavior includes recruiting potential members or promoting an ideology that is considered hateful, discriminatory, or anti-government; advocating or engaging in violence or unlawful force to deprive other people of their constitutional rights; advocating or supporting terrorism; encouraging military or civilian personnel to violate U.S. law; or encouraging discrimination based on race, color, religion or other characteristics.

Pentagon press secretary John F. Kirby stressed at a Dec. 20 press conference that “the department is focused on prohibited activity; not on a particular ideology, thought or political orientation.”

He noted that the defense department “has always maintained a distinction between thoughts and actions” and added that there will be “a lot of latitude for interpreting what constitutes extremist activity.”

“The new definition preserves a service member’s right of expression to the extent possible, while also balancing the need for good order and discipline to affect military combat and unit readiness,” Kirby said. “These new updates provide increased clarity for service members and commanders on what qualifies as prohibited extremist activities.”

The new guidelines spell out what actions commanding officers are required to take if they suspect a service member is participating in extremist activities. Local commanders will be expected to be aware of their unit’s behaviors.

The guidelines have been in development for almost a year. Secretary of Defense Lloyd J. Austin III established the Countering Extremist Activity Working Group in April. The group was charged with reviewing Department of Defense Instruction 1325.06 and updating the definition of extremism. It was also tasked with evaluating how anti-extremist measures were enforced.

Military officials have said extremist behavior has increased in recent years among both active duty and reserve service members, per CBS News. They said they identified 100 cases of extremism among active-duty military personnel, an increase from the “low double digits” the year before.

“Critics have argued that the Pentagon’s anti-extremism push has often appeared overly broad and could be viewed as inadvertently — or perhaps intentionally — targeting conservatives or Christians, for example,” reports The Washington Times. “Some Republicans on Capitol Hill have argued a ‘woke’ military under President Biden is more interested in policing the opinions of those in the ranks than it is in training soldiers and sailors to fight wars.” 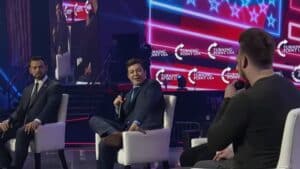 Kyle Rittenhouse Speaks About His Experience, Hints at Forthcoming Lawsuit Against Media Outlets