Kyle Rittenhouse Speaks About His Experience, Hints at Forthcoming Lawsuit Against Media Outlets

'I didn’t pray for acquittal. I prayed for strength,' he told the crowd

Kyle Rittenhouse took the stage among a standing ovation and roaring cheers at Monday’s AmericaFest in Phoenix.

The 18-year-old greeted fans as joined a panel discussion on the 2020 Kenosha shootings. He was joined by Charlie Kirk, Jack Posobiec, Elijah Schaffer and Drew Hernandez to discuss the events, which led to Rittenhouse killing two men in self-defense.

During the discussion, Rittenhouse reflected on how his trial ultimately matured him. He highlighted his faith’s role this last year in sustaining him.

“It’s helped me grow a lot; it’s helped me mature. My mentors who have been in my life, they’ve helped make me the person I am today,” Rittenhouse said Monday.

He discussed how he leaned into prayer as he faced a stressful trial and that his faith was a source of strength.

“I pray for strength. I didn’t pray for acquittal. I prayed for strength for whatever happened to me,” he said.

Rittenhouse mentioned that the media could face significant consequences for how it covered his trial. He indicated that the corporate press misconstrued what happened before and during the Kenosha shooting.

When asked by Charlie Kirk about the blatantly false statements made by many major media outlets, specifically his gun being carried across state lines, Kyle said, “That gun was already in Wisconsin, it never left Wisconsin.”

For reference, the Federal Firearms Owner’s Protection Act of 1986 protects transport of the firearm through the intermediary places for gun owners. There is no legal concern in the transport of legally registered firearms from one state to another. In Rittenhouse’s case, the notion that the alleged firearm movement defied state or federal laws was simply untrue.

In light of this, along with other such incidents during the 14-month long media coverage, Rittenhouse told the crowd to be on the lookout for legal actions in the days ahead.

“There’s going to be some media accountability coming soon,” Rittenhouse told Fox News during an interview following his appearance at the event.

Rittenhouse gave credit to a handful of reporters for sharing his story.

The footage captured by independent journalists helped shed light on the actual events in Kenosha, ultimately fortifying his defense at trial.

Rittenhouse ended his appearance with some advice for the audience, reminding them to “always be humble and look at the positive in life. Focus on today and not tomorrow. You can only live one day at a time.”

Last month, a jury found Rittenhouse not guilty on all charges at the end of his trial, despite being accused of murder and engaging in domestic terrorism. 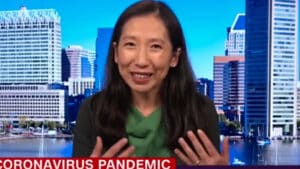