The U.S. Department of Defense (DoD) has rescinded its COVID-19 vaccine mandate for military personnel just over a year after it was enacted.

But, a memo from the Pentagon states that DoD officials maintain the ability to use one’s vaccination status as a basis for consideration in assignments and other activities.

“Other standing Departmental policies, procedures, and processes regarding immunizations remain in effect,” according to the memo. “These include the ability of commanders to consider, as appropriate, the individual immunization status of personnel in making deployment, assignment, and other operational decisions, including when vaccination is required for travel to, or entry into, a foreign nation.”

Mandatory vaccination for all service members was first required by the Department in August 2021, following an order from President Joe Biden to vaccinate all troops despite knowledge that vaccination does not prevent transmission of the virus.

The mandate received immediate pushback from troops, advocacy groups, and Republicans who have vowed to use legislative power to end the policy.

At least 70 percent of active-duty troops had already received at least a single dose and 62 percent were considered fully vaccinated more than a month prior to the mandate taking effect.

By April 2022, at least 1,700 service members were discharged for refusing the shot. By summer 2022, 40,000 National Guard and 22,000 Reserve soldiers refused COVID-19 vaccination and were banned from participating in military duties.

At the time, Sen. Mike Lee (R-Utah) sent a letter to Secretary of Defense Lloyd Austin demanding information on military personnel discharged over the vaccine and whether they were denied benefits.

The Pentagon memo following the rescinding of the mandate says that troops will no longer face termination because of vaccination status.

“No individuals currently serving in the Armed Forces shall be separated solely on the basis of their refusal to receive the COVID-19 vaccination if they sought an accommodation on religious, administrative, or medical grounds,” the memo states. “The Military Departments will update the records of such individuals to remove any adverse actions solely associated with denials of such requests, including letters of reprimand.” 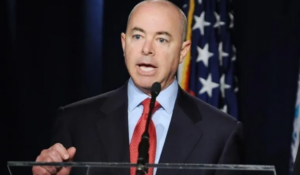