The Pennsylvania Game Commission has been sued by two private hunting clubs who claim the organization executed unconstitutional searches without warrants.

The Punxsutawney Hunting Club and the Pitch Pine Hunting Club in western Pennsylvania contend the commission and its conservation officer, Mark Gritzer, illegally entered clearly marked private property while investigating the clubs and their members for wildlife violations.

“People should feel secure on private property,” said Frank Stockdale, president of the Punxsutawney Hunting Club per The Center Square. “They should feel like they have privacy and seclusion. But the Pennsylvania Game Commission is making us feel the opposite – we feel invaded.”

Gritzer and the commissions were both named in the lawsuit, which was filed on Dec. 16. The suit challenges “three Pennsylvania statutes that grant Pennsylvania Game Commission officers virtually unchecked power to enter private land to search for evidence of potential state hunting offenses.”

Under the statutes, officers do not need a property owner’s consent before entering private land. They also are not required to obtain a warrant or have probable cause.

“Instead, the Warrantless Entry Statutes allow officers to enter private land whenever they please, to roam for hours in a general search for evidence, to spy on landowners as they go about their private business, and, if officers choose to make their presence known, to stop and inspect landowners for compliance with Pennsylvania’s hunting laws,” says the lawsuit.

The clubs have both been subjected to several warrantless searches by the commission since 2013. They are seeking to block any future searches from being conducted without their consent or legal order.

Both clubs, who are working with the Institute for Justice, contend their constitutional rights have been violated by the statutes.

In 2007, the Pennsylvania Supreme Court case  Commonwealth v. Russo found that Article 1, Section 8 of the Pennsylvania Constitution — which protects against warrantless searches — does not apply to open lands.

James Knight, an Institute for Justice attorney, called the ruling “wrong” in a statement regarding the case.

“Pennsylvania’s constitutional text and history make clear that private land deserves strong protection from warrantless intrusions – and we intend to prove it,” he said in a Dec. 16 press release.

“These clubs are private places where generations of hunters have come to spend quality time with their sons, fathers and close friends,” added attorney Joshua Windham, also of the Institute for Justice. “If Pennsylvania wildlife officers want to snoop around property that is so plainly private, they need to get a warrant.”

The Pennsylvania Game Commission has not offered a comment on the pending litigation. 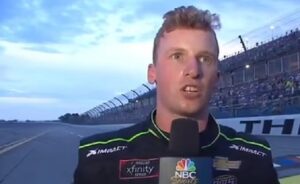