Attorney General Merrick B. Garland has said the merger would form a 'Publishing Behemoth'

Penguin Random House and Simon & Schuster believe the Department of Justice has failed to prove the companies would inhibit book sales by merging.

The publishing companies argued in court on Dec. 13 that their $2.175 billion merger would benefit the publishing industry.

“The mission of Penguin Random House and Simon & Schuster is to create the future of reading for generations to come,” the joint reponse, filed in Washington D.C., read.

Penguin Random House said its “extensive supply capabilities” would benefit Simon & Schuster’s authors, who could earn greater income, and readers, who would be able to choose from more titles.

The companies said, following the merger, Penguin Random House would reinvest its profits to “grow title acquisitions and continue its support of brick-and-mortar booksellers.”

The publishing companies counter-argued that the D.O.J. did not care about reduced competition but rather “wants to protect the most successful authors, those with sophisticated agents and the most lucrative book contracts.”

In November, the Biden administration filed a civil lawsuit against the two companies and blocked the deal from proceeding.

The D.O.J.’s Antitrust Division argued authors would suffer because of the lack of competition in the industry. If the two major publishers were one entity, the department said authors would lose their ability to obtain advances as well as other services vital to their careers.

“If Defendants’ proposed merger is allowed to proceed, Penguin Random House would be, by far, the largest book publisher in the United States, towering over its rivals,” read the legal complaint. “The merger would give Penguin Random House outsized influence over who and what is published, and how much authors are paid for their work.”

“Viacom announced in November 2020 the more than $2 billion deal to sell Simon & Schuster to Penguin Random House,” reported CNBC. “With that purchase, Bertelsmann’s media empire would grow to encompass roughly one-third of all the books sold in the U.S.”

Attorney General Merrick B. Garland said the merger would form a “Publishing Behemoth” and that legal intervention was necessary “to ensure fair competition in the U.S. publishing industry.”

“Books have shaped American public life throughout our nation’s history, and authors are the lifeblood of book publishing in America. But just five publishers control the U.S. publishing industry,” Garland said in a statement. “If the world’s largest book publisher is permitted to acquire one of its biggest rivals, it will have unprecedented control over this important industry. American authors and consumers will pay the price of this anti-competitive merger – lower advances for authors and ultimately fewer books and less variety for consumers.”

“The publishing industry is already highly concentrated, as the complaint details. Just five publishers, known as the ‘Big Five,’ are regularly able to offer high advances and extensive marketing and editorial support, making them the best option for authors who want to publish a top-selling book. Most authors aspire to write the next bestseller and selling their rights to the Big Five offers the best chance to do so,” the Justice Department noted when it announced the lawsuit.

“While smaller publishers occasionally win the publishing rights to anticipated top-selling books, they lack the financial resources to regularly pay the high advances required and absorb the financial losses if a book does not meet sales expectations,” the D.O.J. added.

The publishing company denied the merger would violate anti-trust laws and vowed to “vigorously” fight the lawsuit.

“DOJ’s lawsuit is wrong on the facts, the law, and public policy,” said Daniel Petrocelli, the lead trial attorney, Penguin Random House, in the statement. “Importantly, DOJ has not found, nor does it allege, that the combination will reduce competition in the sale of books.” 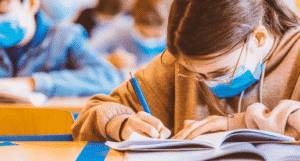