The passengers spent nearly a total of 36 onboard the train, more than twice as long as the original 17-hour trip duration. The travelers finally arrived at their destination around 6:20 AM on Jan. 11 rather than 10 AM on Jan. 10.

Initially, the train was delayed after a CSX freight train derailed near Lake City, South Carolina around 8 PM on Jan. 9. No injuries occurred as a result of the derailment. The train was detoured off its original route and passengers spent the night aboard Auto Train 53 near Hamlet, North Carolina.

The train resumed its journey at 8 AM on Jan. 10 before stopping for a second time around 3 PM near Denmark, North Carolina. According to NBC Washington, the overnight delay meant the Amtrak crew members had reached the end of their shift and could not keep working.

The train and its passengers were obligated to wait six hours for a new crew to arrive in order to resume the journey on the evening of Jan. 10. Passengers were not permitted to disembark at any point.

Auto trains are designed to accommodate passengers taking their cars with them. Only specialized crews can operate the locomotives.

Michael McFadden, a software engineer traveling with her family, told the media he posted a YouTube video of an Amtrak worker addressing the crowd. Afterward, passengers were told not to post videos or photos on social media.

“At one point, the conductor had to assure everyone they weren’t in a hostage situation, and that they were doing everything they could,” per WFTV. The conductor also asked passengers not to open their windows or to smoke on the train.

Amtrak spokeswoman Christina Leeds told The Washington Post in an email that passengers aboard were provided “regular updates … along with meals, snack packs and beverages” and that staff worked with those traveling with pets to allow bathroom breaks for the animals.

Leeds also said those affected by the delay will be refunded by Amtrak.

“In October, an Amtrak trip from Detroit to Chicago that was supposed to take about five hours took 19 hours, leaving passengers stuck without electricity, water or food,” reports The Post.

In January, a train traveling from New York to New Orleans was stuck in Virginia for 30 hours due to a winter storm. 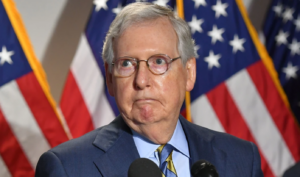