Pandemic Unemployment Benefits Come to an End for 7 Million Americans

Republicans have long cried foul as the expanded benefits led to a labor shortage across the United States. Nearly one third of recipients admitted to turning down jobs in favor of collecting the benefits.

“Amid reports of widespread labor shortages throughout the U.S., roughly three out of every ten recipients of unemployment insurance say they turned down job offers during the pandemic, with 45% of those citing the generosity of unemployment benefits as a primary reason for their decision,” Forbes reported in July.

Approximately half of US states have already ended the program early.

On Monday, programs including the Pandemic Unemployment Assistance program, which extended regular unemployment, came to an end. Over 4.2 million self-employed and gig workers who did not qualify for regular benefits were receiving funds from this program. It also stacked supplemental federal benefits of $300 on to an individual’s state unemployment checks.

The Washington Examiner pointed out that combined, the unemployment benefits were more than many people would make working a minimum wage job.

“The national average of statewide unemployment insurance before the pandemic was $387 per week, meaning some unemployed people in the United States were bringing in $687 per week on average with the $300 expansion — that equates to a $17.17 hourly wage, more than double the federal minimum wage,” the report explained.

Many hope that the end of the benefits will help businesses that are struggling to hire workers.

“Hopefully with the unemployment benefits running out this weekend, they’re going to see more folks applying more folks showing up for interviews,” Nicole Riley with the National Federation of Independent Businesses told WTVR. “And, you know, frankly, it’s just, it’s a really hot time as an employee looking for a new job, or a new position, maybe even a new career.” 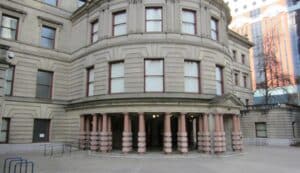