A group of 22 shoplifters stormed a Tennessee Walmart around 8:50 p.m. on Sunday.

According to the Memphis Police Department, the suspects entered the open business by throwing a four-way tire iron through a glass window in the automotive section.

The Memphis Police Department released a video of the mayhem on Tuesday.

The suspects could be seen leaving the scene in Infiniti, Dodge, Chrysler, and Kia automobiles, the department added.

No arrests have been made, but the Memphis Police Department says the investigation is ongoing.

“Anyone with information about this incident should call Crime Stoppers at 528-CASH. You will be given a secret ID number and your identification will remain completely anonymous,” the department wrote on Facebook. “You can also submit your tip at http://www.crimestopmem.org, where you will be able to review wanted fugitives and safely send investigators any helpful information on the suspect or suspects responsible for this crime. You can submit anonymous tips from our free and secure mobile app by searching your app store for ‘P3 Tips.'”

Crime Stoppers of Memphis and Shelby County, Inc. are offering a $2,000 reward for tips that lead to arrests.

“We are troubled by what happened in our store Sunday evening and are glad no customers or associates were injured. We’ll continue working closely with local law enforcement on their investigation,”Stephanie Sharp, of Walmart Media Relations, said in a statement that was obtained by The Hill.

On Tuesday evening, Andre Bing, 31, a Walmart employee in Virginia, went on a shooting rampage inside the store, killing six people and injuring six more.

The gunman later turned his weapon on himself and is now deceased.

Walmart said he was an “overnight team lead” who had been working for the company since 2010, according to a report from the BBC.

“We are focused on doing everything we can to support our associates and their families,” the company said in a statement. 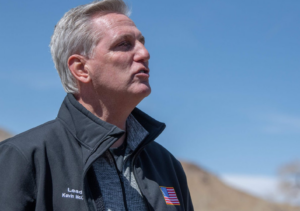