OPINION: You Can Now Take a College Course on Harry Styles – But You Shouldn’t

Texas State University students will explore questions of gender, sexuality, and internet culture through the lens of Harry Styles

However, from the sound of it, the course seems to be using the British pop star’s name recognition as a vehicle for delivering a smorgasbord of woke ideology to impressionable students.

The flyer for the course promises an exploration into the “cultural and political development of the modern celebrity as related to questions of gender and sexuality, race, class, nation and globalism, media, fashion, fan culture, internet culture and consumerism.”

Valencia has been galavanting across all social media platforms promoting his upcoming course to court attention from media outlets. He announced the course in a TikTok to the background track of the former One Direction member’s 2020 single ‘Watermelon Sugar.’

In an interview with NBC’s Austin, Texas, affiliate KXAN, Valencia sung the praises of Styles’ career as a means of instructing students on contemporary social and political issues.

“As an historian, I want the class to get to really see how the world has changed in the last 12 years or so…through the lens of Harry Styles, and how they can learn from him and his art, activism and philosophy, like any great artist,” said Valencia.

Valencia is wrapping this course in flowery language to conceal its true intentions. While the course is not focused solely on masculinity as some headlines conveyed, it is absolutely a real-life commentary on the cult of celebrity and students will be subjected to heavy-handed social messaging under the guise of learning about one of their favorite musicians.

Furthermore, the absurdity of teaching an honors-level college course on a contemporary pop singer’s “activism” and “philosophy” betrays the lack of seriousness in higher education altogether. Valencia is geeking out over a celebrity he idolizes and is framing it as an intellectual pursuit.

He openly admitted in a Tweet that his tenured status allows him the freedom to do this: “It’s official, official. I’m teaching the world’s first ever university course on the work of #HarryStyles is happening Spring 2023 at @TXST University (see description). This is what tenure looks like. Let’s gooooo!”

This isn’t the first time celebrity worship has infiltrated academia. In Fall 2010, Kevin Allred taught a course for Rutgers University titled “Politicizing Beyonce.” The Guardian described Allred’s intent to use “her artistry and persona as an access point for the study of race, gender and sexuality through a syllabus composed entirely of black feminists.” Valencia’s Harry Styles course runs in a similar vein. History is supposed to rhyme, not repeat itself.

Valencia’s endeavor to do a high-profile press junket is even more telling. Even teaching at academic institutions with as much cache as Harvard can’t rival the euphoria of social media validation.

In an interview with Dazed, he responded to people who scrutinize the practical value of a course on Harry Styles by assuming that they condemn all studies of popular culture as frivolous: “I think there are a lot of people who think that studying popular culture is a waste of time… When we look back at any historical period we always look to the artists, writers, and dreamers to get a pulse of the times. There will always be naysayers – and I’m OK with it.”

Getting paid to teach (or paying to take) such a course as this is a complete waste of time not because popular culture is inherently superficial, but because it is being used as a means to indoctrinate students and saddle them with debt.

Styles has yet to state his opinion on the course, but the news will no doubt boost his already gigantic ego. Thus, the organism of celebrity worship is sustained. 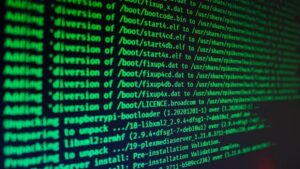