NSA Head: '[This] could jeopardize civilian and military communications as well as undermine supervisory and control systems for critical infrastructure'

While national security experts have warned of the threat that will be posed the day powerful quantum computers exist, a new development by Austrian scientists lurches us one step closer to that day.

A team of physicists, led by Thomas Monz at the Department of Experimental Physics at the University of Innsbruck, has created a quantum computer that does not rely on the binary system of ones and zeroes on which traditional computers run.

“Quantum systems naturally have more than just two states and we showed that we can control them all equally well,” Monz said.

“Working with more than zeros and ones is very natural, not only for the quantum computer but also for its applications, allowing us to unlock the true potential of quantum systems,” explained Martin Ringbauer, an experimental physicist who worked on the project.

Though the benefits of quantum computing include earlier cancer detection, improvements in machine learning, and better pharmaceutical drugs, these systems could also pose national security threats because they open the encrypted secrets of countries, companies, and individuals, according to the Hudson Institute. 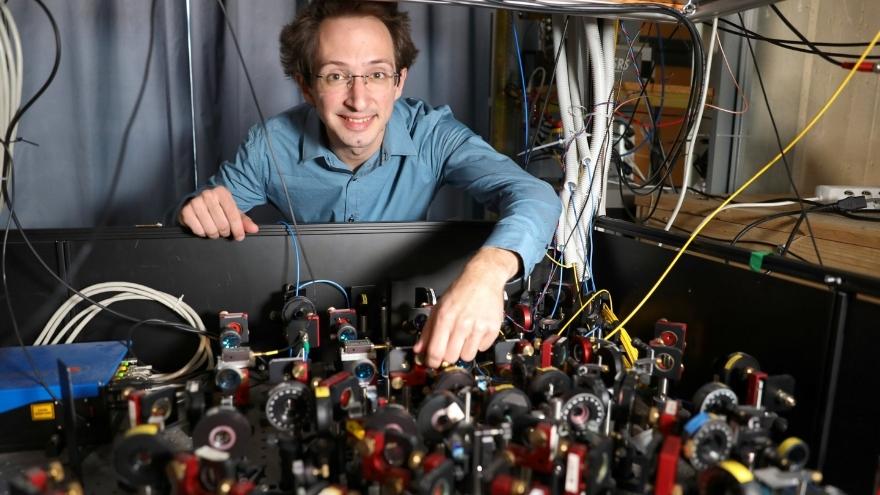 Encrypted messages and data rely on 128-bit or 256-bit encryption keys, which are considered computationally infeasible to crack with traditional computers. But, a large-scale quantum computer would be able to break that encryption in less than ten seconds.

“A cryptanalytically relevant quantum computer could jeopardize civilian and military communications as well as undermine supervisory and control systems for critical infrastructure,” said General Paul M. Nakasone, Commander of United States Cyber Command and Director of the NSA. “The No. 1 defense against this quantum computing threat is to implement quantum-resistant cryptography on our most important systems.”

The White House said that the National Institute of Standards and Technology (NIST) would create new quantum-resistant cryptographic standards that can harden vulnerable IT systems against these types of future attacks.

New guidance taps the director of the NSA to oversee the upgrade to quantum-resistant cryptography for more than 50 government departments and agencies that use systems containing classified information or that are critical to military or intelligence operations.

U.S. officials are in a race against foreign adversaries to dominate the quantum computing space as quickly as possible.

“While China recognizes that the U.S. is the world leader in quantum computing, its leadership is determined to establish an insurmountable lead in the crucial field of quantum cybersecurity,” Dr. Arthur Herman wrote in a research paper on the national security risk of quantum computing. “The Chinese government understands that a quantum technology strategy must not be limited to quantum computing, and thus China leads the way in unhackable quantum communications.”

The U.S. government has prioritized upgrading its IT infrastructure to be able deliver and withstand quantum computer-led attacks.

“Implementing approved quantum-resistant cryptographic solutions across all of our systems will not happen overnight, but it’s critical that we chart a path to get there considering the potential threat of quantum computing,” said Rob Joyce, NSA Cybersecurity Director and Deputy National Manager for National Security Systems.