Intersex-issues advocates have said the surgeries can cause sterilization, loss of sexual sensation, psychosomatic trauma

Greek children born with chromosomal and physical sex characteristics of both genders can no longer be given “sex-normalizing” surgeries following a ban passed by parliament.

The surgeries are often conducted to correct birth defects, early life injuries, or other physical issues caused by an intersex condition in order to prevent future issues and normalize the child’s physical appearance. The medical community’s opinion of sex-normalizing surgeries has varied over the years.

The Greek legislative body approved a new law on July 20 prohibiting doctors from performing sex-normalizing surgeries on intersex people under the age of 15 unless a court interceeds. This includes operations or hormone therapies that alter a person’s physical characteristics.

Intersex teens over the age of 15 can seek treatments with parental consent.

Physicians who violate the ban could be fined or sentenced to prison.

Similar bans have already been established in Malta, Portugal, and Germany

Rinio Simeonidou, the secretary general of Intersex Greece and the mother of an intersex child, testified before parliament that the bill would help protect the rights of intersex people. She said the surgeries have caused sterilization, loss of sexual sensation, psychosomatic trauma and health problems, per NCB News.

“Many intersex children are subjected to genitalia-altering surgeries in infancy and early childhood without their consent or assent,” the AAFP wrote. “The surgery can lead to decreased sexual function and increased substance use disorders and suicide. Scientific evidence does not support the notion that variant genitalia confer a greater risk of psychosocial problems.”

Greece’s ban on the surgeries was celebrated by activists in Ireland, who have urged their government to adopt a similar ban.

“Intersex activists see an analogy between female genital mutilation (cutting for social/cultural reasons) and some gender assignment surgeries,” the Irish Examiner reported in 2016. “It’s believed 1.78% of the population have an intersex variation. Only a small percentage of these again, are born with ambiguous genitalia.”

Intersex Ireland told GCN that it was hopeful its legislators could “follow in the footsteps of Intersex Greece by becoming an inclusive and accepting Ireland where intersex people are no longer treated as second-class citizens and subjected to barbaric practices outlawed under any other circumstances.”

Intersex people can present with a variety of conditions including males without XY chromosomes, females without XX chromosomes, partially or underdeveloped sex organs, or androgen insensitivities that alter an individual’s physical sexual characteristics. 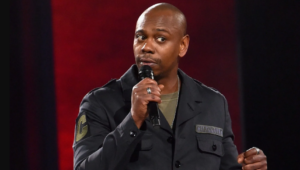