The 'Panic! At The Disco' artist got branded as the ‘Chris Pratt of the music industry’

Brendon Urie’s name is trending on Twitter today because a faction of disgruntled stan accounts coordinated to mass block the former Warped Tour headliner who is now a regular in the Top 40 with 2018 hits like ‘High Hopes’ and ‘Hey Look Ma, I Made It.’

Ross is credited with the lyrical and musical genius that propelled Panic! into explosive popularity in the 2000s and earned it a spot in the so-called ‘emo trinity’ alongside My Chemical Romance and Fall Out Boy.

One Twitter user echoed that sentiment yesterday, declaring that Brendon didn’t have the talent to reach his current commercial success without riding on Ross’ songwriting coattail: “[I’ve] genuinely seethed over him getting credit for Panic!s entire discography by piggybacking on the [band’s] name because [I] know he [wouldn’t] be nearly as successful if he went by his own name.”

This (probably accurate) accusation that Urie lacks artistic integrity was paired with a slew of poorly-aged clips of Urie making supposedly problematic statements.

The accusations against the frontman include, but are not limited to: fetishizing bisexual women by calling them ‘bar-sexual,’ telling the crowd at one of his concerts that he wishes he had been born black, joking on stage about sexually assaulting concertgoers after a show, using a slur for transgender people during an interview, and saying a racial slur while lip syncing to rap songs.

Some of Urie’s supporters are pushing back against the mob. One Twitter user wrote, “you guys do know that the brendon urie allegations are ALL false, right?? he’s also apologized multiple times for the hurtful things he’s said in the past. twitter really is an echo chamber [because] none of you can open your f—ing ears and listen to us for two seconds.”

“[Brendon Urie] has every right to keep the [Panic! At The Disco] name. [He] has worked his a— off to make this whole thing come alive & he never wanted to leave the band,” spat another indignant stan account.

Rehashing the singer’s offenses against the constantly shifting sensibilities of our day distracts from the valid criticism directed at him. It’s ostensibly true that Urie built his career upon the foundation of his former friend’s early work, which betrays a lack of creativity and talent.

Urie was labeled “the Chris Pratt of the music industry” in a tweet not only because he lost balance on the tightrope of political correctness, but also due to the instantaneity of his fall from favor. As a reply to the tweet observed, “everyone loved him until one day they didn’t.”

However, cancel culture requires the capitulation of the cancelled. Urie has courted an audience that prizes wokeness for quite a while, so his time in the pillory of cancel culture doesn’t elicit much sympathy.

Speculation is on the rise that droves of bot accounts manipulate Twitter’s trending terms, and Urie’s name would be no exception. He would be wise to let the online hate die down on its own – at least until the bots swarm around their next victim. 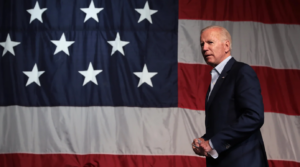