The Biden administration has been noted for the number of vacant ambassadorial positions that have remained unoccupied during the president’s time in office.

Currently, the American Foreign Service Association lists 56 unfilled positions, including the ambassadors to the United Arab Emirates, Saudi Arabia, Qatar, Romania, Netherlands, Iceland, Italy, Cuba, Chile and Afghanistan. Of these, Biden currently has nominees for 34 of the openings.

There has been no U.S. ambassador to India for the last 18 months – the longest time the position has been vacant in almost 30 years. Biden nominated Eric Garcetti, the mayor of Los Angeles, in July of 2021.

Kenneth Juster, the ambassador to India who was appointed by former President Donald Trump, left the position in January 2021.

Allegations that Garcetti was aware of a senior aide’s involvement in the sexual harassment of colleagues ultimately slowed his nomination, which is still pending.

“Garcetti is one of dozens of Biden administration nominees whose cases have been stuck with the US Senate for months,” reports the Hindustan Times. “Some, such as Ed Gonzalez, Biden’s choice to lead immigration and customs enforcement, have withdrawn their nomination due to the long delays. Gonzalez announced his withdrawal last month after his case was stalled for more than a year.”

During 18 months in office, Biden has nominated 80 people for ambassadorial positions. Only 12 have been confirmed by the Senate.

U.S. Secretary of State Antony Blinken blamed the Senate for holding up the process and causing lengthy vacancies in December.

“As of last week, only 16 percent of our ambassadors have been confirmed,” Blinken said, per PBS. “At this point in the last three administrations, the number was between 70 percent and 90 percent.”

Former Ambassador to Bulgaria Eric Rubin told the outlet that America needs “to have ambassadors representing our country, representing the president.”

“We have got a lot of diplomacy to do in this very messy world right now. And without an ambassador, we don’t have access to the senior leaders,” Rubin said during an interview. “We don’t have the coordinating function that an ambassador has to play. So we’re really tying both our hands behind our back.”

Among the Biden ambassadorial nominees who have been confirmed is the former ambassador to Japan Caroline Kennedy, who now serves as the ambassador to Australia. Kennedy was confirmed on May 5, 2022, four months after her nomination. 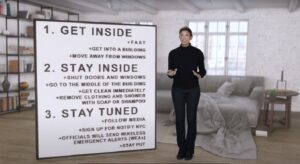