OPINION: The Line Between Mainstream Celebrity and X-Rated Performer is Getting Blurred

In 2016, she decided to take her fame into her own hands. Khalifa became active on Instagram and Twitter, began streaming on Twitch, and joined a sports commentary podcast in Los Angeles. She grew a platform on TikTok where she now boasts a following of 32.8 million, and capitalized on her platform by launching a subscription-based OnlyFans account for lewd content in September 2020.

Another X-rated star named Lana Rhoades made the switch to a PG-13 career in social media. In an interview featured in Playboy Magazine, the influencer relayed that she never found fulfillment from her work as an adult entertainer, and opted to use her name recognition for a more lucrative and less mentally taxing gig: “I wouldn’t say I gained that much success or happiness from anything within the industry. It’s helped me after the fact because it led to people knowing me, so now I can do other things with it.”

Former Disney child star Bella Thorne launched an NSFW OnlyFans account in September 2020. The actress made over one million dollars in her first day on the platform. Thorne is an example of a mainstream celebrity that dabbled in the adult entertainment sphere, further blurring the line between adult film stars and establishment-approved celebrities.

These stars want to profit off of the notoriety they gained from adult entertainment, while avoiding any consequences of the taboo surrounding the industry. They feel entitled to complete control of their public image without acknowledging that they abandoned their better judgment to make a name for themselves. Sadly, this seems to be a successful strategy.

Pornography should not be confused with mainstream entertainment. Allowing the line between these industries to blur or fully disappear would irreversibly coarsen culture and exploit the most base desires of performers and viewers alike. 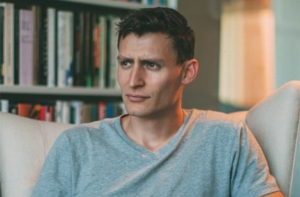