Venture capitalist Blake Masters is under fire for questioning popular explanations for differences in compensation among men and women.

NBC News published a video of the Republican Arizona senatorial candidate discussing the gender pay gap at a candidate forum in Scottsdale in February.

“Women are not paid less in America than men,” Masters said. “It’s a left-wing narrative, this gender pay gap. When you control for the occupations, when you control for people taking time out to, you know, birth children, things are actually pretty equal. And men do the most dangerous jobs.”

He pointed out that men are more likely to take on “risky” and “dangerous” jobs.

Masters: “Women are not paid less in America than men. It’s a left-wing narrative, this gender pay gap.” pic.twitter.com/uovx7QKU1m

Masters is running for the only open senate seat in Arizona. The party primaries are roughly three months away – scheduled for Aug. 2. Incumbent Democratic Senator Mark Kelly won during a 2020 special election and is seeking reelection.

According to an April poll from the Trafalgar Group, Masters ranked third among Republican candidates with 19.4% of respondents saying they would vote for him in the upcoming primary. Lamon (24.8%) and Brnovich (23.9%) led the pack with 20.6% of those polled being undecided.

“Blake Masters is the guy we need to represent Arizona in the U.S. Senate. He is America First, he’s smart, and he’s fearless and loves God and his family,” Greene said in a statement, per The Washington Examiner. “Working together in Congress, we’re going to put the power back where it belongs: in the hands of the people. Send Blake to Washington and together we will Save America and Stop Communism.”

Masters was also endorsed by Missouri Senator Josh Hawley, who said he was “serious about putting America First.”

“He understands the threats our country faces — from the Chinese Communist Party to the corrupt Big Tech monopolies to the political elite determined to take apart our way of life,” Hawley said in his endorsement. “We need new leaders who will fight for this country.” 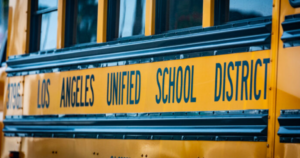